Immigration & Checkpoints Authority (ICA) seized 2,148 cartons and 2,250 packets of duty-unpaid cigarettes, arrested two male Chinese nationals, and two vehicles used to convey the duty-unpaid cigarettes.
ICA stated that officers at the Pasir Panjang Scanning Station directed a 20-footer container for inspection on 28 March 2017 at about 4.35pm as the officer had noticed anomalies in the scanned images of the container that was declared to contain 34 “wooden bases”.
During the course of checks, ICA officers detected duty-unpaid cigarettes that were concealed within the hollow base of one of the wooden altars. Singapore Customs was alerted and its officers conducted a follow-up operation in Senoko Road, which resulted in the seizure of the duty-unpaid cigarettes.
ICA then noted that Singapore Customs officers subsequently raided an HDB flat in Sembawang Drive, which was rented by one of the Chinese nationals, and seized 37 cartons of duty-unpaid cigarettes from the flat.
“A total of 2,185 cartons and 2,250 packets of duty-unpaid cigarettes were seized by Singapore Customs,” ICA stated, noting that the total duty and Goods and Services Tax evaded amounted to about $187,010 and $13,860 respectively.
The authority stressed that buying, selling, conveying, delivering, storing, keeping, having in possession or dealing with duty-unpaid goods are serious offences under the Customs Act and the GST Act.
Offenders can be fined up to 40 times the amount of duty and GST evaded and/or jailed for up to six years. Vehicles used in the commission of such offences are also liable to be forfeited.
ICA states that it will continue to conduct security checks on passengers and vehicles at the checkpoints to prevent attempts to smuggle in undesirable persons, drugs, weapons, explosives and other contrabands. explosives to carry out attacks in Singapore.
“The same methods of concealment used by contraband smugglers may be used by terrorists to smuggle arms and explosives to carry out attacks in Singapore,” it added.
Investigations are ongoing.
Since the beginning of this year, there has been about six reported cases from ICA about large amounts of duty-unpaid cases brought into Singapore. 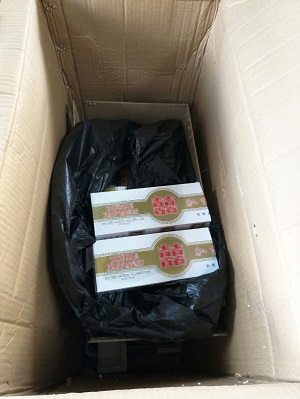