Service disruption along EWL on Tuesday evening due to signalling fault

Singapore Mass Rapid Transit (SMRT) has announced on its Twitter on Tuesday (6 December) at 7pm that there was no train on its East-West Line (EWL) between Boon Lay and Joo Koon due to signalling fault at Joo Koon.

A moment later, it said that the service had resumed. However, passengers were asked to add 10 minutes additional travelling time.

SMRT said that it provided freebus service between Boon Lay and Joo Koon, as well as between Joo Koon and Jurong East.

Around an hour after its first tweet, SMRT said that the fault was cleared and the free bus service had ceased.

Some people complained on Twitter that there is no service between Boon Lay and Joo Koon. 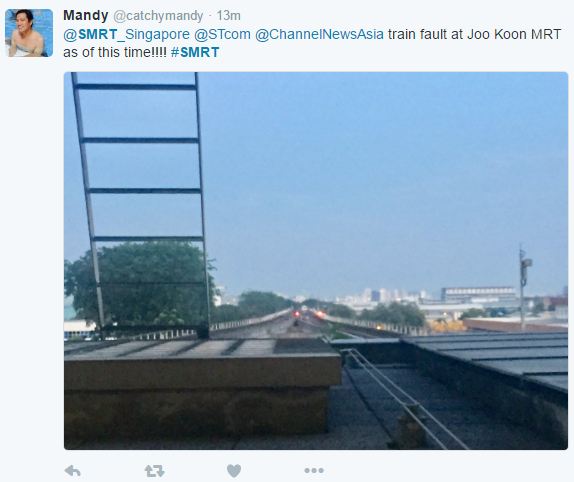 An hour later, SMRT said that another signalling fault occurred on its EWL near Jurong East, this time between City Hall and Jurong East. The train service was still available, however, 10 minutes additional travelling time was needed.

Around an hour later, it said that the fault was cleared and the trains were progressively returning to normal speed.