Josephine Teo responds to critics by saying, a honest conversation is needed for millennial families

Senior Minister of State for Finance and Transport Josephine Teo has responded to criticism over her comments that couples need ‘a very small space to have sex’.

Ms Teo posted in her Facebook on Wednesday night (12 Oct) that the media reports of her interview on the subject ‘might not have captured everything in the way” she had intended.

She added, “But in all seriousness, we need an honest conversation on how, as a society, we can get ready for Millennial families.”

“Every way I turn, I see more of our Millennials boldly stepping up to overturn long-held assumptions about what Singaporeans can and cannot achieve.” said Ms Teo.

Ms Jolene Tan, head of advocacy and research at the Association of Women for Action and Research (AWARE) remarked on its Facebook, “It’s clearly meant as a joke, (but it’s) fallen a bit flat.”

“There’s still many barriers… Many women still face discrimination at work. Working hours in Singapore are still (much) longer than many other [similar] advanced economies.”

Ms Tan wrote on, “The better policy moves (childcare provision, paternity leave) address structural barriers to parents meeting their needs, but there remains a deeper difficulty in reconciling aspirations to parenthood and the pressures of a family-unfriendly work culture, employment insecurity, financial pressures, inadequate support for shared caregiving etc. Those, not where to have sex (which we can sort out ourselves, thanks), are the hard questions that affect the total fertility rate.” 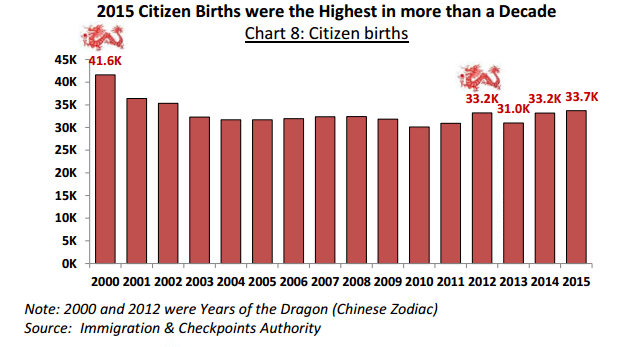 The National Population and Talent Division noted in its September report that the number of citizen births increased for the second consecutive year since 2014, to 33,725 citizen births last year. This was the highest in more than a decade, higher than in 2012 (Dragon year). The median age of citizen mothers at first birth remained at 30.3 years in the last two years.

However, Singapore is troublingly one of the countries with the lowest fertility rate.

A number of international publications such as BBC have since reported on Ms Teo’s comment.

Many netizens frown upon Ms Teo’s earlier remark from the interview, because people – especially young people – took her seriously, as could be seen on some of their comments quoted below.