TANJUNG, South Kalimantan—In order to fight and reduce land and forest fires, Indonesia continues to monitor  hot spots everyday, either via satellite or by patrols on the ground.

On 19 September, Banjarmasin Tribune reported that one of the methods used to monitor by satellite is via data from Aqua Terra (MODIS).

MODIS (Moderate Resolution Imaging Spectroradiometer) is a key instrument of the Aqua and Terra satellites. Terra’s orbit around the Earth is timed so that it passes from north to south across the equator in the morning, while Aqua passes south to north over the equator in the afternoon.

The data obtained from Aqua Terra by the Regional Disaster Management Agency (BPBD) of Tabalong showed that there were four hotspots observed in September 2016.

These four hotspots, observed on 14 and 15 September, were located in the districts of Haruai, Upau, and Kelua in Tabalong Regency.

Head of Tabalong BPBD, Alfian, confirmed this observation: “If there is a hot spot, we follow up with detailing the location as accurately as possible.”

This is also carried out in coordination with the head of the district and rural village elders of the hotspot location. 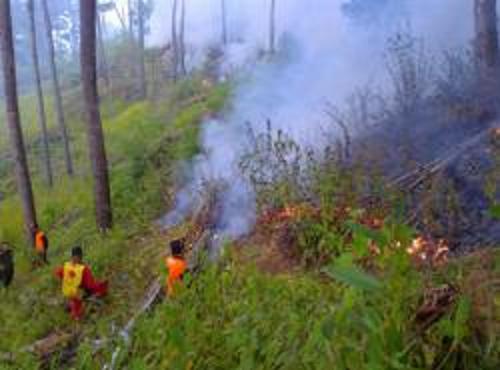 Antara News had earlier reported on 12 September that Tabalong had hotspots in a total of 11 locations, with two being new discoveries. With this latest discovery of four new hotspots on 19 September, there are now hotspots in 13 locations in Tabalong this year.

For just US$7.50 a month, sign up as a subscriber on The Online Citizen Asia (and enjoy ads-free experience on our site) to support our mission to transform TOC into an alternative mainstream press.
Tags: haze

Stop Haze and Save Lives

The haze at Ground Zero – busting the myths

One Kopi, No Haze Please