The Ministry of Education (MOE) has announced primary and secondary schools’ next year term, which will be started on 3 January and end on 17 November 2017.

* The last day of the final school term for schools which will be used as venues for the GCE O Level written    examinations will be Friday 27 October 2017. 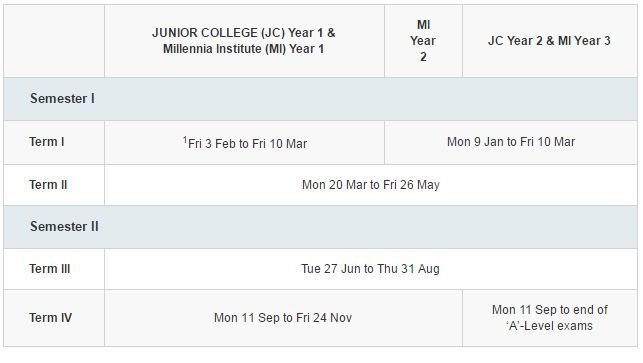 The four vacation periods for schools, junior colleges and centralised institute for 2017 will be as follows: 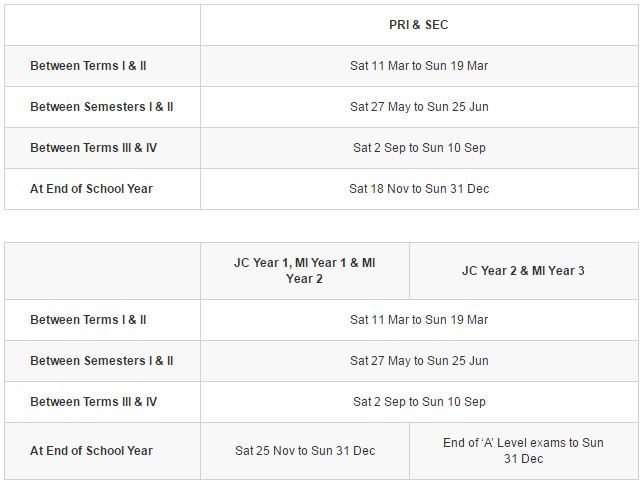 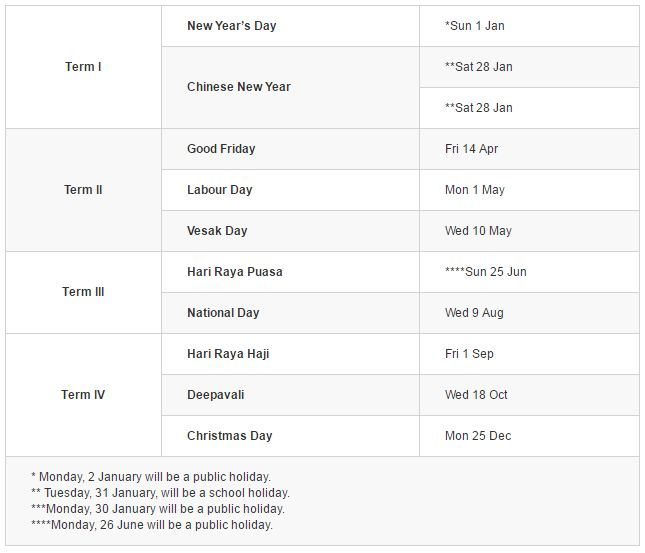