Countries issuing travel warnings on Singapore due to Zika-virus

United Kingdom (UK), Taiwan, Australia, United States (US), and South Korea have issued travel warnings, especially for pregnant women or women who are planning to be pregnant, to not take a trip to Singapore.

Just yesterday, the government reported 82 confirmed cases of the locally transmitted infected cases, and it had warned that some cases will be unlikely uncovered these days.

These are the list of the countries with travel warnings to Singapore :

United Kingdom has issued travel warning through its government’s website. Pregnant women are advised to plan the trip with their healthcare provider and take appropriate precautions. 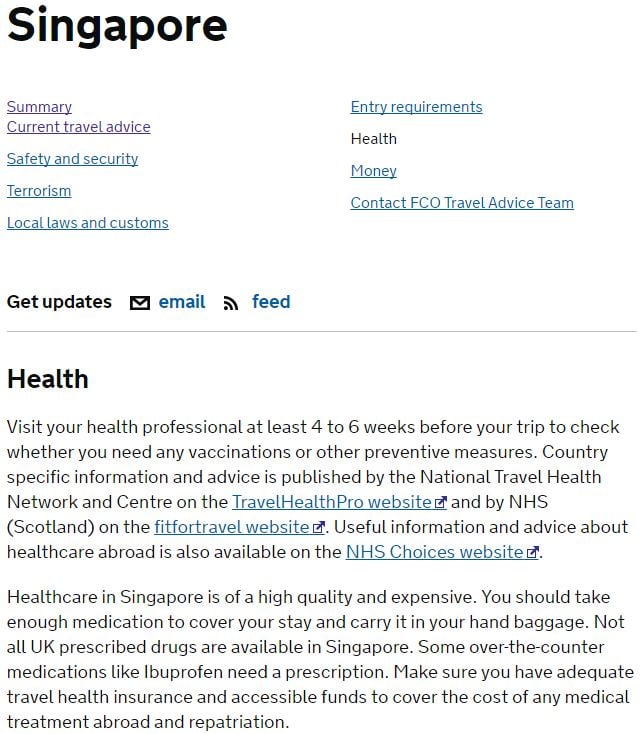 Communicable Disease Control (CDC) of US wrote on its website to recommend travellers to avoid mosquitoes bite. It said that sexual transmission of Zika is possible and travellers should take precaution actions. Pregnant women are advised to avoid travelling to Singapore. If the need to do so is urgent, they are advised to talk to the doctors first and follow steps to prevent mosquito bites strictly. Department of Foreign Affairs and Trade website of Singapore, the travel warnings for travellers include protecting themselves from mosquito bites, deferring non-essential travel if pregnant, and avoiding pregnancy for two months following the return. Centres of Disease Control (CDC) Taiwan raised the travel notice level for the country to Level 2. Its said that pregnant women and women planning pregnancy are advised to postpone the trips to areas where Zika virus is active. South Koreans who are travelling to Singapore receives text messages during their arrival to Singapore.

Malaysian Health Minister Subramaniam Sathasivam said travellers who enter Johor Bahru will go through thermal screening at border checkpoints. People crossing in private vehicles will not be scanned. However, a pamphlet will be handed detailing the symptoms and asking them to report to authorities if they develop those symptoms. Up to 200,000 people commute daily between Singapore to Johor Bahru.