Why do mothers and pregnant women earn less than men?

In UK, according to the Institute for Fiscal Studies, women who are mothers, earn 33% less (per hour) after 12 years. This subject was touched upon by BBC Asian Network’s Sheetal Parmar together with its Economics Editor, Kamal Ahmed.

Mr Ahmed said in the discussion that at the start, there is already difference between the pay rate of men and women where men earned 10 percent more than women, and as for pregnant women, there are more reasons why they get less pay:

The age of which women generally bear a child is between 25 and 40, the same period when you face a huge amount of career and paid profession.

So women tend to step out of their career just at the time when men are pushing on, with the promotions and the increases in wages.

The academic study shows that men are just more aggressive in job interviews about money, while women tend to be offered of what they are worth.

The study also shows there is a broader issue in the gender wage gap beyond having children.

As mentioned above, women are generally paid ten percent less than men; Maybe this is caused by the fact that jobs in the heavy industry need to be done much more by men.

There is some factors that reduce the pay gap, like the women having far better education, coming out of schools, universities, with better qualification and get better jobs with higher pay.

But there is still an issue where in work, men tend to get the promotions more than women and that could well be a discrimination issue.

Mr Ahmed noted in his comments that there is a study from a management institute that shows that men tend to get more promotions at the high level and to get bigger pay rises when they got promoted.

Back to work for women after childbirth

Many women said it was tough to go back to work after giving birth.

The reason maybe it is quite fast to lose contact with work, people move around, particularly in jobs which need a lot of technology – technology moves on very quickly – women who stop are immediately disconnected.

“I think there a responsibility for businesses to support women back into work,” said Mr Ahmed.

“Even when you’re on maternity leave, you should have contact with the business; you discuss what has been going on, what changes in the line…. parents, women and also men who lose touch with work very quickly can lose confidence.”

At the present, people don’t appreciate the value of flexible working. Many of the workforce are still in the nine to five traditional culture while childcare is very expensive.

“To fit into childcare – the school day, the nursery day – I think it will be easier if one parent works in the morning till just say the lunch and then the other parent works after lunch to the evening,” Mr Ahmed suggested.

In Denmark, childcare is far less expensive and in Sweden it is the norm for the men and women share childcare responsibility. 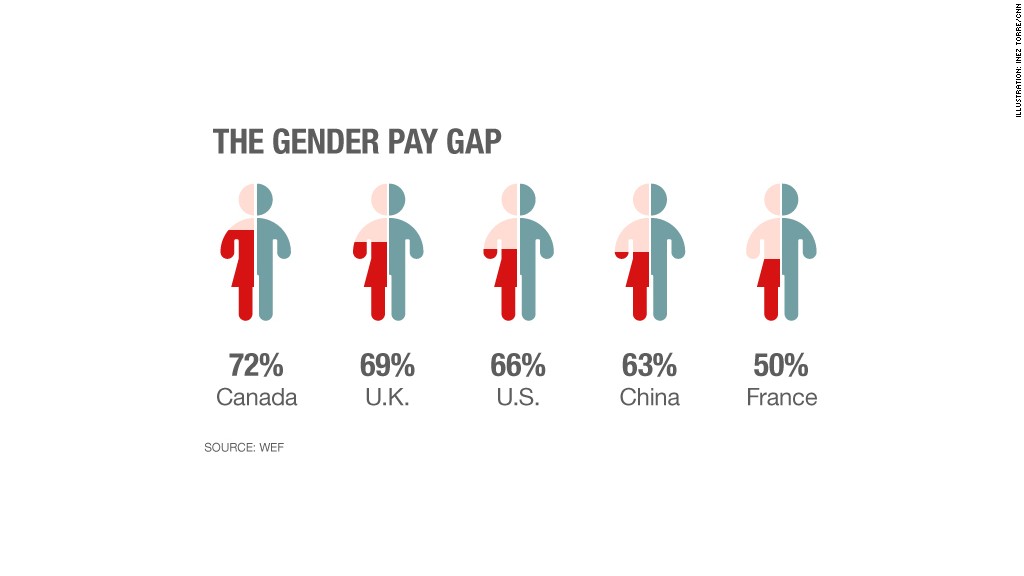 Mr Ahmed continued, “I think it is around respecting flexible working; thinking, pushing your business beyond the nine to five culture that came from post-war manufacturing economy and change from that with new technology, new ways of working, much more in globalisation; in Britain, in the US, in China people suffered the same wear up.”

“It’s about employers being much more flexible in how they approach and encouraging all their talents, whether they are men, women, parents, or non-parents be the best they can be at work.”

“The UK Government has made it clear, that it wants large businesses beyond 50 staffs, to publish what scope is the gender pay gap to force the companies to think about to do something about it.”

The tables and graphs are shown below.

However, some of the conditions of what happened with mothers and pregnant women in the UK does also apply in Singapore.

In response to queries from TOC, the Association of Women for Action and Research (AWARE) wrote that there is less progress for women in the Singapore workplace than many people think.

Only 9.5% of directors of SGX-listed companies are women, and levels of women in management are low compared to Singapore’s regional neighbours. It also pointed out that the public sector does poorly too – only 1 out of 20 full Ministers is a woman. The reasons include attitudinal bias (sometimes unconscious), unequal sharing of domestic responsibilities, and the lack of a family-friendly workplace culture.

AWARE noted that some believe that the gender wage gap is a result of women’s choices – that women themselves ‘choose’ lower-paying, part-time jobs (that are inevitably lower-paying) or choose to ‘hold themselves back’ and ‘opt out’ of leadership positions, and because it is a result of women’s own choices then it is a naturally justifiable outcome.But this ignores the structures that shape the options that women must choose between, options which are less expansive than for men.

It pointed out that some of the video’s observations on the structures that limit women’s choices are also relevant in Singapore. Such as employers being not supportive of career breaks to give birth and provide care, which often happen for women between the ages of 25 to 40.

Moreover, men aren’t doing an equal share of domestic labour, so they appear more attractive to employers by benefiting from the extra unpaid labour of women in their households.

According to MOM, over 270,000 women are out of the labour force due to “family responsibilities”, compared to 12,000 men – and this doesn’t reflect the many women who do the “double shift” of paid work followed by unpaid care.  With the ageing population, the care pressures on women are only set to grow.

AWARE agrees with the video that employers need to respect flexible working arrangements and move past the traditional working structure; value employees and what they are worth (i.e. recognising and addressing bias, whether conscious or unconscious); and support all employees, regardless of gender, in combining domestic and employment responsibilities.

Moreover, the video highlights problems in the UK that are also prevalent in Singapore – such as the relatively low take-up rate of shared parental leave by fathers, and expensive childcare.

AWARE’s spokesperson wrote, “We need to start with children and young people to change the mindset that domestic and cares work is only for women.  We need to show children images of men doing childcare and housework. As parents and teachers, we need to role model and set expectations for change.”

PrevPreviousSeven ways to waste money buying a HDTV in Singapore
NextWhy a BTO Flat makes more sense than an EC (even if you can afford it)Next
We have a small favour to ask from our supportive readers. TOC is Singapore’s longest surviving alternative media website and we are attracting new readers everyday. TOC’s independent, investigative journalism takes substantial time, money and hard work to produce. Not to mention the same amount of resources to defend ourselves from the persecution. But we soldier on because we believe in the value of our work and your right to information. TOC is editorially independent. We set out own agenda, free from commercial bias, undue influence from billionaire owners, millionaire politicians or shareholders. If everyone who reads our reporting, who likes it, helps to support it, our future would be much more secure. For as little as USD1 a month or subscribing to us, you can support our work and consequently preserve the sanctity of press freedom. We appreciate your valued help and it means more to us than you can ever imagine!