Channel News Asia (CNA) in a collaboration with the Institute of Policy Studies (IPS) held a survey on race relations which resulted, according to the media, that most Singaporeans prefer someone of the same race to hold the nation’s highest position.

“If given a choice, most Singaporeans prefer someone of the same race as the nation’s Prime Minister or President.” say findings of a survey conducted by CNA and IPS.

The survey, which was conducted between June and July, on a nationwide survey of 2,000 citizens and permanent residents on their views on relations between the country’s four major races. 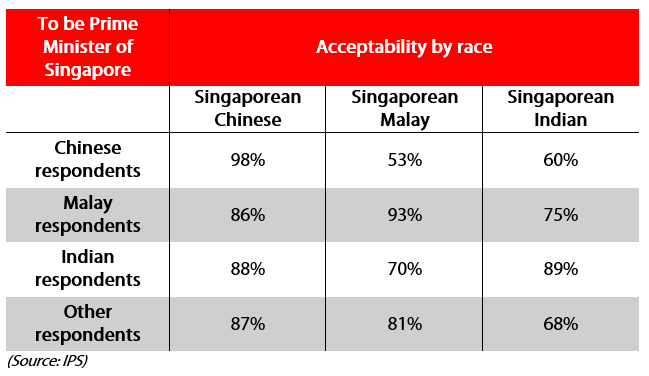 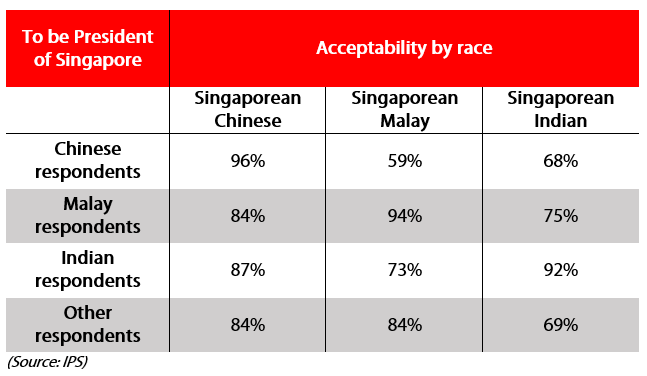 The survey also found that the older a respondent, the less likely he or she would accept someone of a different race to hold the nation’s highest positions.

The publication result of the survey was posted on the Facebook post of the media. It was shared for more than 1,600 times by the time this article is written and more than 1,200 comments were written under the post.

Various comments were written in the post. However, more than 90 percent of the readers dislike the article.

Here are some comments which reflected the reaction of majority of the posters on the post :

Donald Tan wrote, “The survey done by who? To be honest, I would choose Mr Tharman to be the PM. I choose the best person for the job, regardless of race.”

“Have people forgotten that we had an ethnic Malay as Singapore’s first President?
I have no issue on the race, as long he is born Singaporean and has proven his worth,” said Jacqueline Gan.

Sim Hong Leng said that he does not mind if it is Malay or Indian, as long as the person is smart and capable of satisfying Singaporeans need.

Daniel Nhk said, ” CNA, at least make clear of the source of survey who did the survey, survey audience. All these lead to credibility. I see no value in your statement and the outcome of this survey.”

” I think most Singaporeans want a home grown prime minister who understands what it mean to be a Singaporean,” wrote Pat Eng.

Fong Tan said, “We have had Malay, Eurasian, Chinese and Indian as president. I would like to see a non Chinese Prime Minister if he proves he can do it better.”

“If this “survey” is anywhere authoritative then PAP has failed as a government to integrate Singaporeans from various races for the past 50 years!

I do not believe an iota of this survey. In fact, I am inclined to believe the result of this survey is skewed such that “racial tension” continues to be an “issue” so that PAP government on this basis would continue to perpetuate its political power!

We all had lived through presidents of different race. Was it an issue before? In fact, talk were rife that many Singaporeans want DPM Tharman as PM!

So what’s is this “racial tension” this survey is about? Where is it from? It’s agenda?

I do not believe it!”

“Any reason why such a racist Survey was conducted in the 1st place? And what does [Regardless of race, language or religion] in the pledge represents? Bullocks!” wrote Hemala Baramurugan.

Litha Lalitha, “Regardless of race, whoever does a good job and understands politics and the needs of Singaporeans from the society point of view will have supporters from every walk of life ! Malay, Chinese or Indian. They will have my support if they are deemed a worthy candidate. Who did this dumb survey.”

“‘Regardless of race, language, or religion. To build a democratic society, based on justice and equality’
You recite it every single day when you are young and when you are older, race and colour becomes the point of decision for a top govt post ? Poor journalism that might instigate more hate and racial issues in Singapore. This article should be deleted by the editors,” wrote Nas Hakim.