Who would Singaporeans vote for in the US presidential election

54% of Singapore respondents in a survey stated that they would vote for presidential candidate, Hillary Clinton if given a choice to vote in the upcoming United States presidential election.
The survey was conducted by SurveyMonkey between January 25 and 26, 2016 and received 363 responses from random people in Singapore. 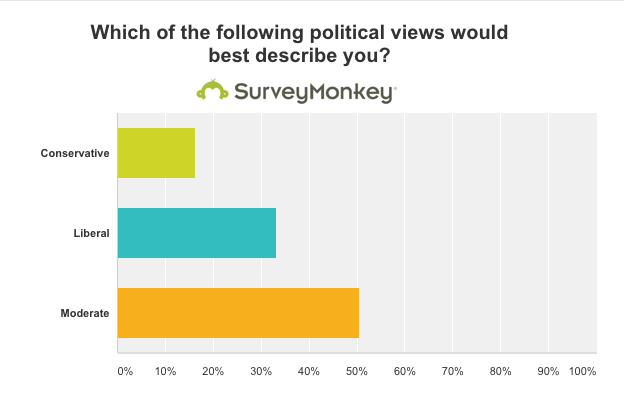 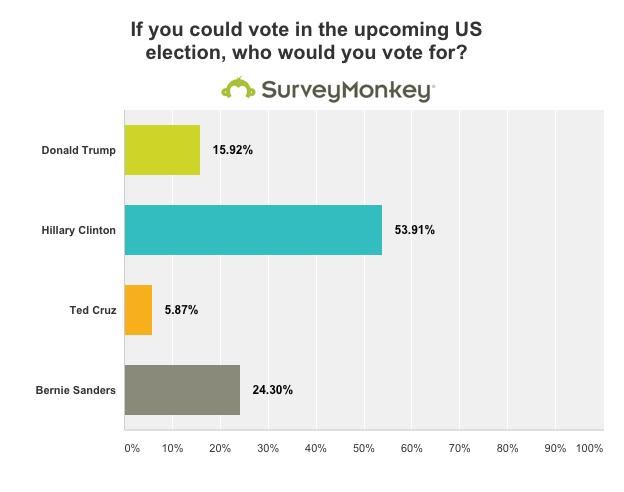 Younger people were more likely to vote for Bernie Sanders with 37% of 18-24 while those older than 55 chose Hillary by 70% margin.
One might think people living in Singapore would find it hard to recognise the hopeful presidential candidates. But not so, say the survey. Apart from Hilary Clinton and Donald Trump who are definitely recognisable with the media’s constant attention, 81% of the respondents successfully named Bernie Sanders with only 8% choosing a made up name, while 73% successfully identified Ted Cruz with only 9% choosing the made up name.

Note: The survey was conducted via Facebook advertising without any restrictions meaning it was available to anyone that accessed Facebook in Singapore and since Facebook has a near 100% penetration in Singapore, the survey should somewhat cover the whole spectrum.
However, this survey is based on Internet responses and not scientifically conducted. Results are for reference only.
For just US$7.50 a month, sign up as a subscriber on The Online Citizen Asia (and enjoy ads-free experience on our site) to support our mission to transform TOC into an alternative mainstream press.

Who would Singaporeans vote for in the US presidential election