Jeannette Chong-Aruldoss, the Singapore People’s Party (SPP) candidate for Mountbatten SMC, on Monday launched her manifesto for Mountbatten, outlining her plans for the constituency should she be elected.

Running with the slogan “Tireless in Mountbatten, Fearless in Parliament”, Chong-Aruldoss strove to emphasise her ability to perform the dual roles of a Singaporean Member of Parliament – that of a town council chairman and of a legislator in Parliament. 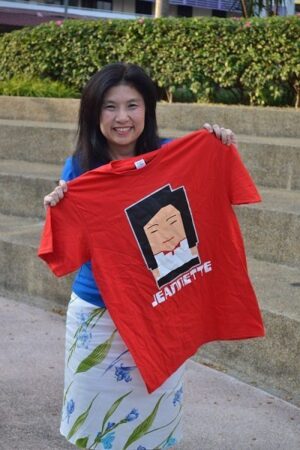 She brought up the experience of the SPP in running a town council, as Chiam See Tong had successfully managed a town council for many years before handing the books over to the PAP’s Sitoh Yi Pin in 2011. The books were all in order and a surplus had been recorded.

Promises made in the manifesto include championing accountability and transparency by pushing for a Freedom of Information Act, establishing a Mountbatten Social Mobility Bursary to help students transition from ITE to polytechnic or polytechnic to university, and to preserve at least three blocks of the iconic Dakota Crescent residences that have been marked for redevelopment.

“I want to make Mountbatten a home, not just a play to stay,” she emphasised throughout her press conference.

Chong-Aruldoss also highlighted her position as an opposition politician as one that would allow her to speak up in Parliament.

“I think the most important thing is that Mr Lim Biow Chuan is a member of the ruling party. And he doesn’t have the freedom that I have to ask the right questions. I do not have the party whip allegiance or adherence to party policy. I will have the freedom and liberty to support policies which benefit Singaporeans and to call out policies that do not. So that’s a very big difference,” she told TOC when asked about the distinguishing factors between her and her PAP opponent.