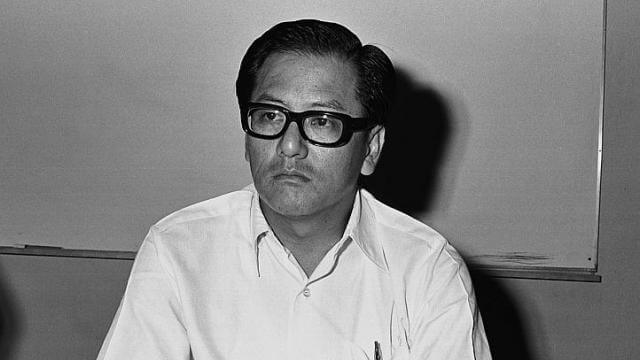 Phey Yew Kok, a former Member of Parliament and chairman of National Trades Union Congress (NTUC), was presented before the court via a video link today. 28 fresh charges were read to him, bringing the total number of charges to 34.

Most of the new charges were related to criminal breach of trust, and no bail was offered to the 81-year-old, Channel NewsAsia reported. He will next appear in court on 3 September.

Phey was first charged in 1979 with four counts of criminal breach of trust (amounting to $82,520) and two counts of offences under the Trades Union Act for allegedly using trade union funds to buy shares in an unapproved company. He was released on a bail of $100,000, but later jumped bail by fleeing to Kuala Lumpur, then to Bangkok.

After over three decades on the lam, he turned himself in at the Singapore Embassy in Bangkok on 22 June.

His return to the public eye has prompted former student leader Tan Wah Piow to call for a clear accounting of a 1974 trial in which Tan and two other workers were convicted of rioting based on Phey’s accusations, at a time when the latter was the Secretary-General of the Pioneer Industries Employees Union.

“Now that Phey Yew Kok has returned, it is an opportunity for the State to investigate the entire saga, including the illicit practice of the Trade Union in instigating payment of workers by vouchers in the 1970s. That illegal practice was exposed in 1974 by USSU before the 1979 exposure of Phey’s embezzlement of Union Funds. The matter of the illicit payment of wages by vouchers was widely publicised, but no attempt was made by the police to investigate this institutional crime committed by a PAP-back trade union,” Tan wrote in an article for The Online Citizen.

If convicted of criminal breach of trust, Phey could face up to seven years in prison and a fine. If convicted of offences under the Trades Union Act, he could face a fine of up to $1,000 unless the offences are found to warrant other punishments as stipulated in the Act.