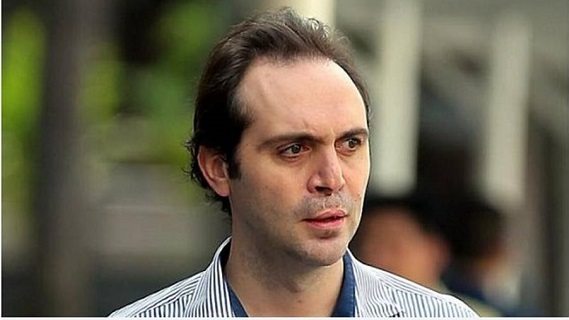 Dutchman Dino Petrus Johannes van Deijzen has been sentenced to three weeks in jail for assaulting a taxi driver in October last year.

He had refused to pay his fare and subsequently assaulted Mr Ee Kah Ling, the cab driver, who had threatened to call the police on him.

Mr van Deijzen and his girlfriend were reportedly intoxicated when they hailed and boarded Mr Ee’s cab at Dunlop Street at almost 1am on 21 October.

They asked to be ferried to blk 538 in Ang Mo Kio.

When the taxi reached the destination, Mr van Deijzen’s girlfriend vomited in the taxi.

Mr Ee then asked the couple to leave the car and asked for the fare.

The couple, however, ignored him and walked away without paying.

At this point, Mr Ee threatened to call the police, and was retrieving his phone from his taxi when Mr van Deijzen pounced on him, slammed the door and punched Mr Ee.

Me Ee tried to escape and ran away, but Mr van Deijzen gave chase and pushed him to the ground, and continued to punch and kick Mr Ee.

The heinous act was caught by the in-vehicle CCTV of Mr Ee’s taxi.

“District Judge Imran Abdul Hamid noted that the victim had also engaged in a scuffle with van Deijzen and traded blows, which would have explained the blunt force trauma suffered by the accused,” the Straits Times reported. 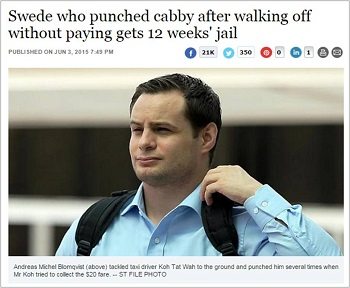 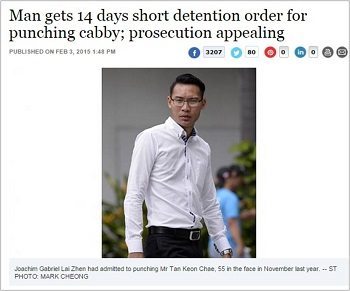 When Mr Koh confronted him, Mr Blomqvist wrestled him to the ground and punched him several times in the face until they were separated by a bystander.

Mr Blomqvist, a corporate secretarial executive, was subsequently sentenced to 12 weeks in jail in January this year.

And in February, Mr Joachim Gabriel Lai Zhen was sentenced to 14 days’ detention also for assaulting a cab driver after being asked to pay his fare.

In all three instances, for voluntarily causing hurt, the men could have been jailed for up to two years, fined up to $5,000, or both.