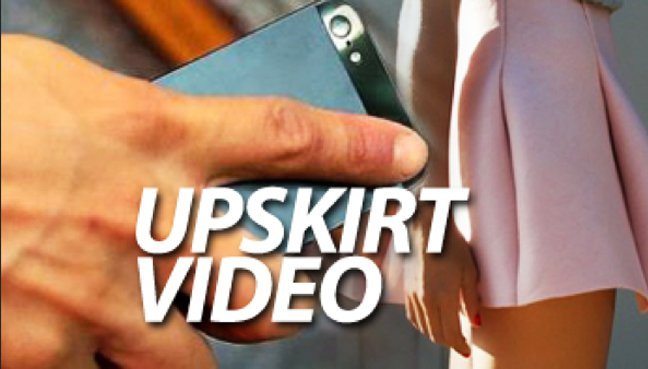 In what seems to be an increasing number of such offences, another man has been found guilty of taking upskirt video of a woman and insulting her modesty.

He has been sentenced to 15 months supervised probation.

According to Channel Newsasia:

“On Oct 10, 2014, Gan had booked out from camp wearing his green army uniform and was walking around the Tampines One shopping mall when he spotted the 24-year-old victim riding the escalator.

“As he was behind the victim, he then proceeded to take out his phone to film a video from under her skirt. Two of the victim’s friends spotted Gan’s actions and confronted him.”

At least 11 cases of men found guilty of surreptitiously taking upskirt photos or videos of women have been reported so far this year.

In January, Kelvin Tan Choon Siang, 35, a driver, was convicted of taking an upskirt video of a 30-year-old woman on an escalator at an MRT station on March 12 last year.

He was jailed three weeks.

In March, 38-year old Cheong Chap Mun, a Malaysian construction worker, was also jailed three weeks for taking an upskirt video of a woman on an MRT station escalator. Also in the same month, Maha Vignesh Velippan, 32, a former bank executive with the State Bank of India, was found to have taken nearly 100 upskirt videos of women over two and a half years.

He was jailed for eight weeks.

Here are some of the other cases which have taken place in the following months till June: The month of May was a busy one for prosecutors, as several other cases went before the courts.

On the second week of the month, 47-year-old engineer Sim Tiak Choon, was sentenced to eight weeks in jail after he pleaded guilty to three charges of insulting the modesty of a woman. Police had found 283 images in his possessions.

Sim, a Malaysian who is a Singapore permanent resident, would walk behind women at shopping centres and take random upskirt photographs, the Straits Times reported.

He was sentenced to two weeks’ jail.

When police raided his Yishun flat, they found “a laptop full of upskirt footage”, the press reported.

Mr Nantha was charged with 59 counts of insulting the modesty of the women he filmed. 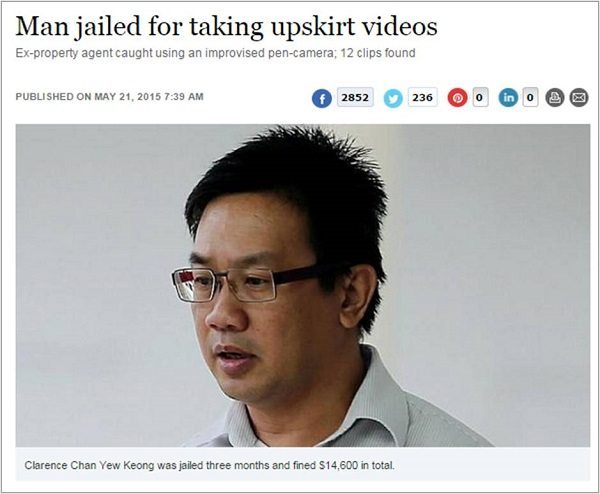 He was jailed three months and fined a total of $14,600 for having 141 films without a valid certificate and for possessing an obscene film. 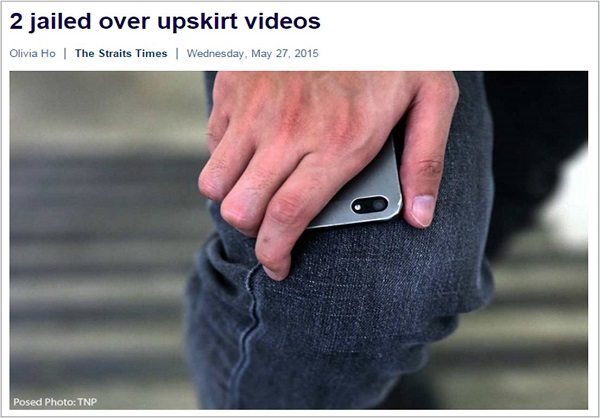 Goh Han Siong, 24, would stand behind women on escalators in MRT stations and put his phone under their skirts.

In June, polytechnic student Clemence Koh was found guilty of taking more than 170 upskirt photos and videos of women.

He will be sentenced on 6 July.

And in the latest incident, 20-year old Gan was sentenced to probation.

There have also been many cases in recent years of such offences.

According to the Singapore Criminal Lawyer website, the offence of taking upskirt photos or videos of women is provided for, including under the offence of insult of modesty.

“Insult of Modesty covers non-physical acts of sexual harassment,” the website says. “This includes, but is not limited to, taking of up-skirt photographs of women, flashing, uttering vulgarities intended to insult women. Insult of Modesty is defined by S509 of the Penal Code: whoever, intending to insult the modesty of any woman, utters any word, makes any sound or gesture, or exhibits any object, intending that such word or sound shall be heard, or that such gesture or object shall be seen by such woman, or intrudes upon the privacy of such woman.”

Given the prevalence of technological gadgets which can be used for such illegal purposes, perhaps it is time the authorities looked into ways to stamp out this scourge of perversion which victimises hundreds of women in public areas.