“Lee Kuan Yew” to be protected by law? 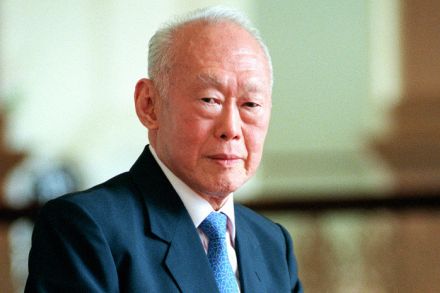 The government might be considering laws to protect the name and image of the late Mr Lee Kuan Yew, Singapore’s first Prime Minister, against commercial exploitation and misuse.

This was revealed by Culture, Community and Youth Minister Lawrence Wong, when he spoke to media at the sidelines of the National Community Engagement Programme Dialogue on 23 May, Saturday.

Mr Wong said that this was in response to concerns raised by members of the public following the misuse of Mr Lee’s name following his death in March this year.

“The first example that you can easily see was what happened with the company that tried to do the buns, right?” Mr Wong was reported as saying. “So again at that time there was a lot of public reaction about how this was distasteful and it was commercially exploitative and it was probably bad and not the right thing to do.”

“There have been concerns of people, also of potentially printing T-shirts, selling them with his name and images, and figurines that can be sold for profits or commercial gain.”

Mr Wong also added that such laws were not meant to “restrict people from coming up with their own creative ways to pay their tribute to Mr Lee. Our intent is in line with public concerns.”

In response, the Ministry of Culture, Community and Youth (MCCY) is looking at safeguards, while noting that there are similar laws in place.

However, Mr Wong did not seem to have referred to commercial copyright laws, but to those that regulate the use and display of national symbols, such as the Singapore flag and anthem, which come under the Singapore Arms and Flag and National Anthem Act.

It is not clear if MCCY intends to classify Mr Lee’s name and image as a national symbol, but Mr Wong was reported as saying MCCY is studying overseas examples on the possibility to expand the Act to of The Act also seeks to ensure that national symbols are treated with dignity and respect. Mr Wong said one possibility is to expand the Act to include names, and his ministry is studying provisions in other countries.

“There are similar provisions in their Act which go beyond crest, and anthem and flag,” said Mr Wong. “Some of the other countries, like Australia and New Zealand, cover names as well, specific names which they think ought to be accorded the status of a national symbol and ought to be protected particularly against commercial exploitation.”

Mr Wong said the legislation will not restrict the public from coming up with creative expressions of tribute to Mr Lee.

He cited the use of Mr Lee’s image in the design of the widely-used black ribbon of mourning, or in portraits that were sold for charity recently, as examples of what the government would not oppose.

The black ribbon symbol was later revealed to be created by Mr Alex Yam and his team, a Member of Parliament from the ruling People’s Action Party. the design eventually found it’s way on to care decals and other products around his death.

“I think there is a very clear distinction between somebody who does it for charitable reasons, somebody who does it to pay tribute without making profit – and an individual or company who is specifically doing it for profit or commercial gain,” said Mr Wong. “It’s just a restriction. Not a blanket disapproval, but approval is required.”

It was not reported if MCCY such laws might take effect on the use of Mr Lee’s image and name for fair comment and political expression. These might include political cartoon and use of his image and memorable quotes.

Adapted from media reports. LKY: Political Cartoons is available for sale from Epigram’s online store, and also off the shelf at The Agora.