Unprecedented orders issued to TRS to shut down 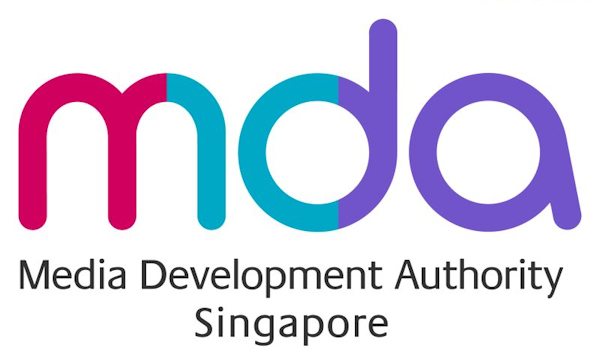 In an unprecedented move on Sunday, the Media Development Authority (MDA) of Singapore ordered a website to shut itself down within six hours of the ultimatum being issued.

The MDA said, in a briefing to the mainstream media, that The Real Singapore (TRS) website had published content which it found “objectionable on the grounds of public interest, public order and national harmony.”

The government agency had thus revoked the statutory class license, an automatic license granted to all websites operating in Singapore, to TRS’ editors, namely Ai Takagi and Yang Kaiheng.

The revocation applies to all online platforms which are run by TRS, including its Facebook and Twitter accounts.

“The MDA is satisfied that Takagi and Yang have contravened the Internet Code of Practice (ICOP),” the MDA said in a press statement. “They have published prohibited material as defined by the Code to be objectionable on the grounds of public interest, public order and national harmony.”

The agency added that TRS had “deliberately fabricated articles and falsely attributed them to innocent parties.”

“TRS has also inserted falsehoods in articles that were either plagiarised from local news sources or sent in by contributors so as to make the articles more inflammatory,” the MDA added, without specifying which articles it was referring to.

It also noted that “[at] least two out of TRS’s three known editors are believed to be foreigners.”

It said Takagi is Australian, while another editor Melanie Tan is believed to be Malaysian.

“The foreign editors were responsible for several articles that sought to incite anti-foreigner sentiments in Singapore,” the MDA said.

Apparently, part of the reasons for MDA actions was TRS’ “editorial strategy of deceiving readers and doctoring articles” which the MDA said “was an attempt to increase traffic to TRS, and thus boost advertising revenue.”

“In so doing, TRS, including its two foreign editors, were seeking to make profit at the expense of Singapore’s public interest and national harmony.”

Explaining why the MDA had not taken action against the website earlier, the government watchdog said the editors were operating outside of Singapore’s jurisdiction then.

“However, since December, the two of them have been running their operations from Singapore, bringing them within the jurisdiction of the Broadcasting Act,” the MDA said.

The agency said it also noted that Takagi and Yang are being charged with seven counts of sedition for content they had published on their website; that they have also been charged with refusing to comply with written orders to produce documents considered by the police investigator to be necessary for the investigation; they have also refused to disclose how much advertising revenue they have been collecting; and that TRS has “continued to publish material that contravenes the ICOP even after Takagi and Yang were charged.”

The ICOP refers to the Internet Code of Practice.

Takagi and Yang are also not to resume operations under any other name.

“They have also been given seven days to provide information relating to TRS’s operations and to make representations as to why their class licence should not be cancelled,” added the MDA.

Non compliance with these could lead to further fines and jail time for the duo.

The two editors have also been given till 11 May to file arguments with the authorities on why their licence to operate the website should not be revoked.

If the authorities uphold the revocation of their licence after their appeal, Takagi and Yang will not be allowed to operate the website permanently.

However, the two editors could lodge an appeal with the Minister of Communications and Information, Yaacob Ibrahim, to continue to operate TRS.

It is unclear if the editors will file such an appeal.

MDA’s action against TRS is the latest in a series of cases involving bloggers and netizens whom the government has taken action against, the most recent of which were the cases of 16-year old Amos Yee, blogger Roy Ngerng, activist Alex Au and this website (The Online Citizen) for various (alleged) offences.

In 2013, following amendments to Internet regulations here, Dr Yaacob had assured the public that the MDA’s “licensing regime was still light touch regulation”.

The amendments were slammed by many, including activists, for curbing free speech in Singapore.

“We want the online community to understand that this is not an attempt to clamp down on anybody,” Dr Yaacob said then. “I think the best way is for people to see, after the licences are issued, whether the activists are indeed limited in their public discourse.

“I expect that the sites will continue to operate as before. In fact, I hope that the activists who are making this far-fetched claim will be honest enough to admit it when the time comes.”

In an interview with the BBC on the new regulations, Dr Yaacob said, “As long as they [the public] go onto online news sites to read the news, I think it is important for us to make sure that they read the right things.”

MDA’s actions against TRS have also raised questions about its wide-ranging powers.

Blogger Ravi Philemon said, “The real hard question should be not whether a certain website must be shut-down or not, but whether a statutory board should have so much power to arbitrarily act in the manner that they did.”

PrevPreviousStop practice of “name-calling and personal destruction”: Chee
NextFreeMyInternet calls on MDA to cease action on TRS, come clean on censorship rulesNext
We have a small favour to ask from our supportive readers. TOC is Singapore’s longest surviving alternative media website and we are attracting new readers everyday. TOC’s independent, investigative journalism takes substantial time, money and hard work to produce. Not to mention the same amount of resources to defend ourselves from the persecution. But we soldier on because we believe in the value of our work and your right to information. TOC is editorially independent. We set out own agenda, free from commercial bias, undue influence from billionaire owners, millionaire politicians or shareholders. If everyone who reads our reporting, who likes it, helps to support it, our future would be much more secure. For as little as USD1 a month or subscribing to us, you can support our work and consequently preserve the sanctity of press freedom. We appreciate your valued help and it means more to us than you can ever imagine!