Read a compilation of what world leaders had to say on Singapore’s first Prime Minister, Mr Lee Kuan Yew here.

Xi said Lee, who was ethnically Chinese, was “widely respected by the international community as a strategist and a statesman” and expressed “sincere condolences” to his relatives.

Lee was the “founder, pioneer and promoter of China-Singapore relations”, Xi said in a message sent to Singapore President Tony Tan, China’s foreign ministry said on its website.

“Lee Kuan Yew personally shaped Singapore in a way that few people have any nation. He made his country into one of the great success stories of our modern world. That Singapore is today a prosperous, secure and successful country is a monument to his decades of remarkable public service. He was always a friend to Britain, if sometimes a critical one, and many British Prime Ministers benefited from his wise advice, including me.”

“Lady Thatcher once said that there was no Prime Minister she admired more than Mr Lee for ‘the strength of his convictions, the clarity of his views, the directness of his speech and his vision of the way ahead’. His place in history is assured, as a leader and as one of the modern world’s foremost statesmen.”

“He was a true giant of history who will be remembered for generations to come as the father of modern Singapore and as one of the great strategists of Asian affairs,” Obama said.

Lee Kuan Yew and Barack Obama, pictured together in 2009. Photo: AFPThe president added that he personally “appreciated Lee’s wisdom, including discussions on my trip to Singapore in 2009,” which helped him formulate the US policy of rebalancing to the Asia-Pacific region.

Japanese Prime Minister Shinzo Abe called Lee a “great leader” of Asia. He said that Lee was “the founding father of Singapore and a great leader of Asia who built the foundation for its prosperity today.”

“Fifty years ago, Lee Kuan Yew led a vulnerable fledgling nation to independence. Today, thanks to his vision and determination, Singapore is one of the world’s most successful countries.

Here in Australia and beyond, leaders sought and learned from his wise counsel. As Prime Minister, Lee Kuan Yew enjoyed close relationships with successive Australian Prime Minister and worked with them to establish the strong partnership that Singapore and Australia have today. At every stage, Australia and Singapore have stood shoulder to shoulder. We continue to do so today, as we salute one of the significant leaders of our time.

“On behalf of the Australian government and people, I extend my condolences to Mr Lee’s family and to the people of Singapore.”

“It is with great sadness that I have learned of the passing of Lee Kuan Yew, Founding Father of Singapore,” said Ms Christine Lagarde, Managing Director, IMF.

He was a visionary statesman whose uncompromising stand for meritocracy, efficiency and education transformed Singapore into one of the most prosperous nations in the world.

His wisdom and leadership will be remembered by people all around the globe.” 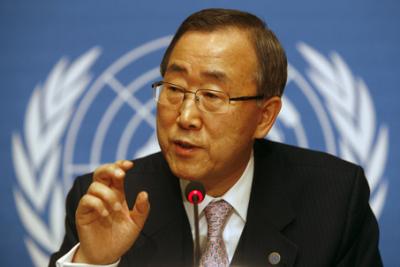 Ban called Lee a “legendary figure in Asia” widely respected for his strong leadership and statesmanship.

“During his three decades in office, he helped Singapore to transition from a developing country to one of the most developed in the world, transforming it into a thriving international business hub,” the statement said.

“As Singapore marks its 50th anniversary of independence this year, its founding father will be remembered as one of the most inspiring Asian leaders,” it said. The UN chief added that he is grateful for the strong cooperation between the government of Singapore and the United Nations, and looks forward to deepening this partnership.

For just US$7.50 a month, sign up as a subscriber on The Online Citizen Asia (and enjoy ads-free experience on our site) to support our mission to transform TOC into an alternative mainstream press.
Tags: Lee Kuan Yew

Gallup Poll: If 1962 referendum was Yes-No vote, 90% would have voted against merger.