"I suspect we have started to believe our own propaganda." 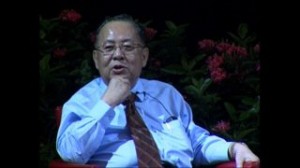