More help needed for those with high-functioning mental illness 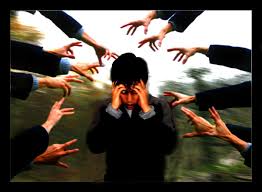 Today, 10 October, is World Mental Health Day. We thank the writer for sharing his views with us.
By Johnathan Li
I refer with dismay to the article “Multi-agency support for mentally ill, their families” (TODAY Voices, Oct 8), and often see the over-reaching focus on support for the mentally ill in detection, intervention and medication, at the expense of more intricate aspects of support such as step-down care.
For the past 14 years I have been afflicted with one of the most rarely-diagnosed and under-researched psychiatric conditions. I have discovered with dismay that it is not about the access to psychiatric support services, but the lack of sustainable quality in each and every access route there is to potentially address uncommon cases of complex and under-researched psychiatric conditions.
This is the situation that most affects those with high-functioning mental illness (HFMI), and they are hardest hit in terms of both the quality and sustainability of help they can get in step-down care.
Those with HFMI are often well-educated, with some holding degrees. They are likely also the group who would refuse to seek treatment for their condition, as they have difficulties facing the reality that they have a medical condition and need medical help to get better.
Within the environment that individuals with HFMI operate in, society has been moulded into such great conformity with norms that the social stigma associated with mental illness turns out to be the very things that prevent them from bouncing back, or even seeking treatment in the first place.
It also doesn’t help that for those who suffer from such under-researched cases of psychiatric conditions, medication prescribed in Singapore is often only able to tackle symptoms that arise from such conditions, never the problem itself.
And the potential number of HFMI cases will rise in tandem with the increasing education levels of Singaporeans in this day and age.
In order to effectively ensure these neglected individuals can get the help they need to regain their normal high-functioning levels and for their conditions to be properly managed, we need to seriously have a multitude of areas built up properly to make sure it can work optimally.
Personalised treatment options – When a person is diagnosed with a mental health condition, it is often met with bewilderment and refusal to accept that this is happening to him or her. Part of this is cultural as well as a result of the way they are brought up. The Institute of Mental Health remains in the eyes of many Singaporeans a “mental asylum” and not a “mental wellness restoration facility”. Although mindsets are changing, there are still lingering stereotypes, especially when the “treatment” offered is a far cry from the levels of treatment they need. Some individuals might also have a multitude of issues that need to be tackled simultaneously. As such, a one-size-fits-all approach will not work.
Employment support options – The mentally ill currently have limited options that can allow them to have hopes for employment that they can be comfortable with. For HFMI individuals, because they can fit into regular employment, they are subject to the same competitive environment as those who are mentally well. With the increased influx of foreign labour, particularly for PMET occupations, the first to be edged out would likely be those inflicted with HFMI. This is compounded by social stigma, discrimination in hiring, work practices, wages, and a highly-stressed and over-worked workforce in Singapore. Even employment agencies seeking to place the mentally ill have long complained the lack of partners who can help them provide even the most basic employment openings, what more white-collar jobs for HFMI individuals?
Societal awareness towards the mentally ill – There are scant traces in both mainstream and alternative media about the various types of psychiatric conditions. Nor is there any significant effort by the government to increase public awareness. Most of this work is actually being shouldered by non-government and voluntary welfare organisations. While special-need children have a audible voice in Parliament to champion their cause, in the name of Ms Denise Phua, the same cannot be said for other forms of medical illness. Would we be able to cultivate similar voices outside of the current House?
Step-down care – The work done in Singapore to address the concerns of the mentally ill has always been overly focused on detection and treatment, and too little attention has been paid to what happens after they leave the Institute of Mental Health. This issue has been raised previously by Marine Parade GRC MP Tin Pei Ling way back in the 2012 budget debates, and yet such calls have either been steel-walled or brushed aside, again leaving the NGOs and VWOs largely to their own devices. This will have a profound impact on the quality of care for recovering psychiatric patients in the long run, and will surely leave scant resources for HFMI individuals, and leave them questioning if it was a wise choice to seek help in the first place.
What those afflicted with HFMI need in life is not much different from what other marginalised communities need: Treatment that fits their condition; employment that provides balance of life and work, respect for their skills and experience, and dignity for what they really are; a social environment that accepts them as they accept their own kind; and sustainable and good quality step-down care. Without meeting these four conditions, what is the point of asking them to seek help only to come up short in the road to recovery?
Top image – World Health Organisation flag, Wikipedia