Tough times ahead for Iskandar and Malaysia properties

By Property Soul
Disclaimer:
1. The following blog post is not likely to be reposted or republished in any online media or property portals – particularly those advertising Iskandar and Malaysia properties, or organizing property shows for these properties. Expect to read this in PropertySoul.com only.
2. Without any new project to launch, any commission from buyers or any advertising dollar from developers, this blog is not compelled or incentivised to write about infrastructure development across the Causeway, property investment opportunities in Malaysia, or choices for homeowners in Iskandar.
3. If you are marketing an Iskandar or Malaysia project, have just bought a new property or have decided to buy one over there, the following content may be disturbing to you. You might want to skip this post now and wait to read the next one.
How bad are the numbers?
I picked up a copy of The Star while traveling in Malaysia two weeks ago. The article on the front page titled ‘Malaysia’s property sector cooling off‘ caught my attention. It quotes the findings of the first half 2014 Property Industry Survey conducted by the Real Estate and Housing Developers’ Association Malaysia.

How does it fare compared with Singapore?
In Singapore, according to the latest figures from Urban Redevelopment Authority (URA), as of end of 2nd quarter 2014, the vacancy rate of completed projects is 7 percent for private residential units and 12 percent for Executive Condominiums. For projects under construction, 15 percent of private residential units launched were still unsold while 34 percent of total number of units were unsold as of August 2014.
Across the Causeway, the outlook of the property market looks even gloomier.
It is the first time in recent history of the Malaysia property sector that less than 50 percent of units launched can be sold in a half-year period. For units completed in the past three years, over 30 percent are still left on the shelves.
What seems to be the problems?
There are four reasons behind the cooling property sector in Malaysia:
1. Oversupply in the market 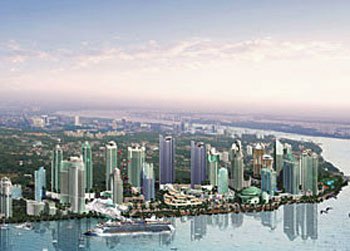 According to Malaysia’s Valuation and Property Services Department, land prices and launch price of residential properties have doubled from 2011 to 2013. With so many projects launched during this period, there will be a huge supply of completed residential units flooding the property market in the next two to four years.
From 2011, developers jumping on the bandwagon loaded Johor, Selangor and Penang with countless upscale residential projects. Even overseas developers, including China developers, rushed to the country to diversify their investment. There were frantic moves such as building a man-made island without proper planning. And there is no authority to keep overbuilding in check.
Any industry can prosper with healthy organic growth. On the contrary, heavy dosage of growth hormones that promotes unnatural growth can result in many negative side-effects that ends up with premature mortality.
2. Disconnect between price and budget
There is huge injection of investment funds and impressive development plans in Iskandar. They contribute positively to the long-term economic growth in the area.
However, it takes time to reap what you sow. Earning power of the common people takes time to catch up. The 70 percent loan-to-value ratio is now beyond the capability of many home buyers. In fact, there appears to be a widening gap between the escalating property prices and the affordability of the home buyers.
3. Concerns of foreign buyers
Of course the high-end residential projects built by foreign developers are not relying on take-ups by the locals. But foreign buyers are deterred by the property cooling measures of Budget 2014, including

For Singapore investors, they also find themselves at the mercy of the volatile relationship between the two countries on disputes over different issues like tolls, border or water.
The weaker Malaysian currency is a double-edged sword. The current exchange rate makes it look very attractive to own a property in Malaysia. But no one can guarantee that the ringgit won’t continue to weaken and will work against you when you want to exit the market one day.
4. Where is the resale market? 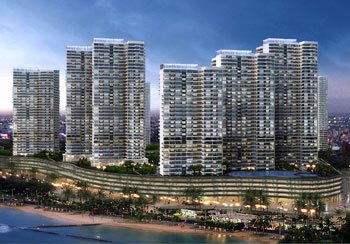 According to Malaysia’s Ministry of Finance, in the first half of 2013, only 1.5 percent of property transactions was above RM1 million in the Johor state. Those bought before 2014 with prices lower than RM1 million will have to wait for their properties to rise above that magic value of RM1 million until they can sell to foreign buyers.
Unlike Singapore, Iskandar is a testbed but not a tested market. Until recently, we have seen active buying but not active selling.
If one day properties with prices over RM1 million drop below the magic number of RM1 million, with all foreigners ineligible to buy, even if the locals are interested to take over, how many of them can afford the high quantum of these properties?
So stop asking me what I think of Malaysia or Iskandar properties. When everybody is talking about a hot market, it’s not the time to buy. It’s time to sell.
And don’t ask me again which project there is a good investment. Properties in any country is a good investment. The key is the time and the price you enter the market. That is exactly the homework property investors need to do before they buy anything in any market.
This article was first published in Property Soul.com