Gov't not dissuading S'poreans from getting degrees: Heng

In Parliament on Tuesday, some Members of Parliament (MP) raised concerns that there is a “misperception” among Singaporeans that the Government is saying a university degree no longer matters.
Education Minister, Heng Swee Keat, clarified that this was not the message the Government is trying to send.
“As several MPs have noted, some members of the public are asking: Is the government now saying that qualifications don’t matter?” Mr Heng said. “Then why are we urging people to learn and upgrade? Let me be clear – ASPIRE is not about dissuading Singaporeans from upgrading ourselves or pursuing degrees or any form of qualifications.”
Mr Heng said that contrary to such a perception, the Government is in fact opening pathways for Singaporeans to succeed.
“It is about breakthroughs, not limits; widening opportunities, not narrowing them; addition, not subtraction; more, not less,” he told Parliament.
He said that while qualifications matter, “they must be the right qualifications and of the right standard for what we want to do.”
“But not all qualifications matter — not if they do not help us build the right skills for what we want to do,” he added.
Referring to the Applied Study in Polytechnics and Institute of Technical Education Review (Aspire) report, which seeks to improve prospects for students of these institutions, Mr Heng said the report “is not about dissuading Singaporeans from upgrading ourselves, or pursuing degrees or pursuing any form of qualifications.”
Instead, Mr Heng said the Government is trying to dispel “limiting beliefs” which could prevent people from achieving their full potential.
For example, the belief that qualifications are all that matter.
Mr Heng said that like in other countries such as in Europe, “the highest qualifications will do a person no good, if there are no good jobs available in the first place.”
He related the example of a student who has spent much time and effort in getting a degree from a private school only to realise later that her employer found her degree irrelevant to the job she was doing, and paid her the same salary as an entry-level diploma holder.
Mr Heng thus advised Singaporeans to look beyond qualifications and and recognise that there are other attributes which matter in striving for success. These include the right attitude, deep skills, knowledge and experience.
The so-called “misperception” which Singaporeans are said to have about the Government’s message may have come from the comments from various ministers regarding the issue.
In March, Manpower Minister, Tan Chuan Jin, highlighted a “potential graduate glut problem” in Singapore, and the challenge in ensuring “that our future economy will continue to generate good jobs for our graduate job seekers.”

Last year Minister of National Development, Khaw Boon Wan, said that “Singaporeans do not need to be university graduates to be successful.”
“If they cannot find jobs, what is the point?” he said during the National Conversation dialogue. “You own a degree, but so what? That you can’t eat it. If that cannot give you a good life, a good job, it is meaningless.”
He also said, “Can you have a whole country where 100 per cent are graduates? I am not so sure. What you do not want is to create huge graduate unemployment.”
Earlier in September, Deputy Prime Minister Teo Chee Hean also spoke about the concerns of jobs for graduates.
He said that the abundance of higher education opportunities now means that a degree is not quite the “one-way ticket to success” it once was.
“Universities must provide their graduates with the necessary knowledge and skills to prepare them for the job market.
“Otherwise, they may be graduates, but they may not be suited for the job market as they do not have the skills and knowledge that the industry requires.”
This is, at the heart of it all, the real message that the Government is trying to get across to Singaporeans – that while everyone should aspire to be the best, there is also the pragmatic consideration of whether their qualifications (at whatever levels) will enable them to have the kinds of jobs which they desire.
Chairman of the Workers’ Party and MP for Aljunied GRC, Sylvia Lim, sounded a word of caution in Parliament on Tuesday: 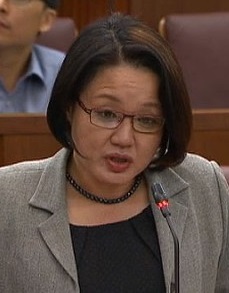 “In our zeal to deepen technical competence and uphold pathways to success, we should be mindful that we do not inadvertently discourage individuals from pursuing higher academic qualifications just because of their starting point.  We should ensure that ASPIRE’s recommendations do not get translated into advising our ITE and polytechnic graduates NOT to aspire.  Where an individual has good academic potential, he should be encouraged to pursue those goals.
Academic progression must always remain open.
To this end, ITE graduates must be able to progress to polytechnics, and polytechnic graduates must be able to progress to public universities.  The recent set-up of the Singapore Institute of Technology is very welcome, as it gives polytechnic graduates the opportunity to earn applied degrees in Singapore.  Over time, our economy should be able to cater for a workforce which is not only better-trained, but better-educated.”

For just US$7.50 a month, sign up as a subscriber on The Online Citizen Asia (and enjoy ads-free experience on our site) to support our mission to transform TOC into an alternative mainstream press.
Tags: educationHeng Swee Keat

Around one-third of govt contracts for legal services awarded to small and medium-sized firms over the past five years: DPM Heng