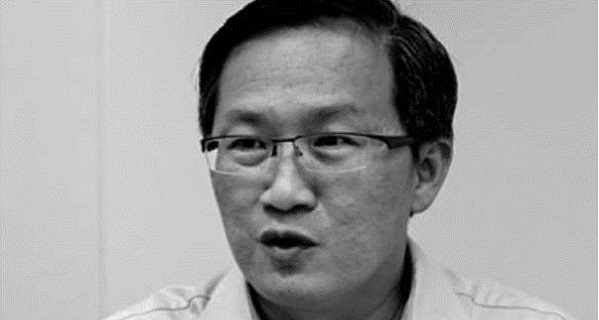 Mr Lim Biow Chuan, Member of Parliament for Mountbatten, says he is “glad” that the Health Minister has given “affirmation” of the government’s policy that the family is the basic building block of our society.”
Mr Lim was referring to Mr Gan Kim Yong’s written reply to his parliamentary question on the Health Promotion Board’s (HPB) set of FAQs published on its website.
Mr Lim had asked the minister to “explain why the Health Promotion Board promotes a same-sex relationship as not being different from a heterosexual relationship.”
Mr Gan said there “has been no shift in the Government’s position on this. HPB takes reference from this consistent position in its health promotion activities.”
He added, “The Frequently Asked Questions (FAQs) on sexuality and sexual health provide a one-stop resource of factual information from a public health perspective on sexuality, STI and HIV prevention. The FAQs were published on the HPB website in November 2013. The FAQs do not encourage same-sex relationships, but rather provide advice to young persons and their parents on mental and physical health issues from a public health perspective.”
Referring to Mr Lim’s concerns that a particular statement in the FAQ had equated homosexual relationships with heterosexual ones, Mr Gan said:

“The statement that “A same-sex relationship is not too different from a heterosexual relationship” and the statement that follows: “Both require the commitment of two people” should be taken together. They highlight that relationships require commitment, and it is possible to remain faithful to one’s partner, regardless of one’s sexual orientation. This drives home a key STI and HIV prevention message to “Be faithful” to one’s partner, rather than to have multiple partners. This helps to protect individuals from STIs and HIV, minimize transmission risks, and thereby safeguarding public health.”

In his latest comments on the issue, Mr Lim, posting on his Facebook page, said “it is critical that there is no change to the existing policy of encouraging heterosexual married couples to have healthy relationships and to build a stable family unit.”
Mr Lim, who is an “occasional preacher” in his church, went on to say that there are “many openly gay people in Singapore” and that he himself has friends who are “openly gay”.

“I do not hate them, condemn them or call them names. These friends are reasonable people and I have no issue meeting them socially. But I do not agree with the practice of homosexuality. It is my personal belief and that would not change regardless of the hate mail which I have received. My friends who are gay know my belief. They accept that they won’t change me. We remain friends.”

Mr Lim urged the public “not to condemn or use hateful words against homosexuals who have chosen their way.”
“This is not the way we should behave,” he said. “It is not for us to judge them even if we do not agree.”
Here is Mr Lim post in full: