The controversy that recently arose on Facebook involving what came to be instantiated as cyber-bulling has been germane. No doubt the episode was upsetting for those caught at its pivot. However, it has launched a debate on the nature of free expression which is instructive because it disclosed that, from years under PAP tutelage, the fundamental freedoms have become idle in our public value system.

Uncomfortable though it might be, we must learn how to walk under the shade of the fundamental freedoms if we are to progress as a community. And to do so we must find the map that takes us beyond the standard parameters of social courtesy and public harmony suggested last week. It is an important task as we negotiate this phase of our political development

If we pause for a moment we will realise that of all the human rights, the freedom of expression is the ancestral one. Without the space to say what one feels, to explore the borders between different perspectives, and identify the implications and inconsistencies of one’s thoughts, the potencies of the other freedoms evaporate.

In the anteroom of the mind one is at liberty to think the most preposterous thoughts. No police force patrols the mind. It is only in arbitrating these preposterous thoughts in the public space that we gradually formulate and refine the insights from which our soaring dreams materialise. Our unfettered imaginings incubate the world to come.

On the assumption, therefore, that the freedom of expression is the elemental accessory of the civilised society, the internet has been a critical resource in expanding the volume of information and thereby improving our community even if only slowly and haltingly.

The democracy of the internet has made an equality of competing perspectives. No one is locked out from the debating chamber; no one prevented from making his or her own feelings known or reacting to those of another.

But the internet has also given rise to the opposite impulse which is to bludgeon those ideas that appear at first sight incendiary. The impulse to control the insights of others has ever been the goal of those ambitious for their own insights.

The early administrations of the PAP were acutely aware that control of the discourse was principal among a short list of rudiments necessary for the type of society they believed themselves to be expert at guiding. Memorably, the first Prime Minister said, “We decide what is right; never mind what the people think. That’s a different problem.” He intimated that should he be freed from the burden of regular elections imposed on him by Demokratia he would govern far more effectively.

He echoed from the opposite side of the political barricade the sentiments expressed by George Orwell in his description of a malevolent entity – I cannot say nation – founded on the practice of thought control believed by its proponents necessary to the achievement of the ideal society.

Orwell’s Nineteen Eighty-Four was published just as World War 2 ended and the world firmly in the grip of the Cold War. It showed, as no other writing has, that when a small group convinced of their superior political vision attempts to rule, ideas are the first casualty of their guns.

Hence in both Lee’s Singapore and Orwell’s Oceania, writers, artists, journalists,and academics were tyrannised either into oblivion or compliance. Brute political force was pressed against popular newspapers. Nantah University was abolished. A Certificate of Eligibility was instituted for the remaining university entrants studying the social sciences. Government placement filled the key offices at knowledge institutions such as the Press Holdings and the National University. And most…well, Orwellian of all, a Comptroller of Undesirable Publications, a sinister office recalling the Vatican’s Index Librorum Prohibitorum, was formed.

By the late eighties (also the time a group of civil activists was imprisoned and tortured on fabricated claims of violent subversion), the control of mind and of mental products was complete.  Singapore had ridden itself of its turbulent priests.

But the internet has brought information, and therefore knowledge, and therefore debate, back within the range of the hoi polloi. A newfound voice, democratic in the extreme, is emanating from the historic stranglehold. Everybody has something to say and somewhere to say it. This is altogether good.

In the cut and parry that grows from the exchange of ideas, the combatants suffer wounds which bleed out on strange perspectives and insights. By taking to combat, by accepting to struggle in the great coliseum of ideas, it is not winners and losers that are declared. Rather, what we obtain is the breaking through to novel (and sometimes frightening) landscapes filled with avant garde suppositions which the architecture of one’s own life has not made hitherto accessible.

In turning our face to new points of view, it is in our nature to react, resist and reject. And in the wheeling and dealing that characterise this great collision of ideas so correctly termed a concourse, people have to work out ways to engage which do not silence those thoughts deemed dangerous, subversive and destabilising. We gain nothing from killing Socrates.

But before we might presume to establish rules to govern our discourse a basic principle that we should adopt is to keep the debate open and free. The hurly burly should not deter us from expressing our view but neither should an impulse to policement hang damoclean over our exchanges.

In the process of speaking and answering we will, no doubt, irritate and antagonise. This is, as they say, par for the course. In fact it is a prerequisite of the course because encountering and, more importantly, tolerating views that disturb us is the only way to sift the relevant from the irrelevant and the useful from the useless. Regrettably, but inevitably, politeness and harmony are the first but necessary casualties of progress in thinking.

Those who offer their thoughts to the public debate perform a great service to the community. It is on their shoulders that the discourse rests. But they must expect not just scrutiny but also unfair, offensive, even hurtful comment. It is the bounty placed on public intellection.

In short, the freedom of expression must include the license to offend. Last week’s debate was generated from a series of disagreeable statements deliberately posed in order to kickstart a debate on that very license. No doubt it was a silly enterprise but with a somewhat higher purpose: to examine how citizens of a free society should encounter and react to the offensive. For the freedoms that we seek materialise only in the face of the unpalatable. To defend only the agreeable is to defend nothing at all.

This should not scare us. It should not impel us to burn at the stake those ideas that challenge our own deeply-held worldviews. For is not the destabilising of our moorings the essential starting point for growth? Is it not the necessary, even if insufficient, starting point at which we think our thoughts again? On the basic assumption that no two minds are alike because no two lives are alike, it must be.

It is inevitable that the debate will upset and antagonise. How can it not?

Lee Kuan Yew and those of his mind believed that a bovine calm, the surrender of our free and independent thoughts in the service of a stupefying constancy, was the holy grail of the complex society. That he and the commissars of Nineteen Eighty-Four were wrong is beside the point. In fact they are so far from the point to be immaterial to the discussion except insofar as the debate encounters the victims of thought control.

The point, rather, is that avoiding the sturm und drang that inevitably accompany the expression of subjective realities will languish a community in the infancy of its development.  We must find a way of broadening our backs even under the weight of vilification and insult. We must become habituated to what the neuroscientist Sam Harris terms ‘conversational intolerance’.

This is the homage that the free citizen pays to free inquiry. 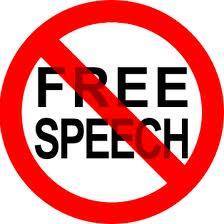