Sharing a heart-breaking story of her how her husband died, who was a delivery driver, due to overexhaustion, a woman commented on social media that she had to deal with many angry texts from customers who were demanding for updates on their orders. She said she was standing in front of his body, texting on his phone apologising to each customer while still in extreme shock.

Nur Syafiq wrote, “To this day, I don’t understand why the employers didn’t update the customers and arrange another date and time for delivery,” adding that services like Foodpanda could replace the food order immediately by dispatching another rider, or even offering customers refunds when a delivery person meets into an accident en route.

She stressed, “We need more compassion and efficiency from employers and patience also understanding from customers.”

A screenshot of her original comment was posted on the WakeUp Singapore Facebook page on Wednesday (19 May).

Commenting at WakeUp Singapore’s post, Ms Nur Syafiq said that her husband’s dashcam footage was never shown to her, and that there was “no foul play” either.

“He passed due to over exhaustion,” she said, describing it as the “most traumatising experience” for her and her two children. At the time, their eldest was taking her O-Levels while their youngest was just four years old.

She said that they were both still seeking counselling and experience flashbacks. In another comment, she added that his employer had “settled everything” and that the Ministry of Manpower was helpful throughout the process as well.

Ms Nur Syafiq noted in her comments that she has been running a charity driver under her husband’s name for the past two years to assist single mothers. She also ran an adoption drive during the Circuit Breaker period last year, for which her husband used to help her run food deliveries to rental flats.

Replying to another comment, Ms Nur Syafiq explained to a netizen that it isn’t easy for deliverymen to find time to rest given their work hours.

“If its a clustered location, it might be easier, if its islandwide, its a mad rush,” she lamented.

On top of that, some drivers have to load their cargos at different times of the day and return undelivered items at the end of the day. That’s not even to mention the effort in searching for parking when making deliveries, unloading good, updating the system, and making second delivery attempts when the receiver isn’t around.

She said, “It’s not easy. Their salaries should be raised.” 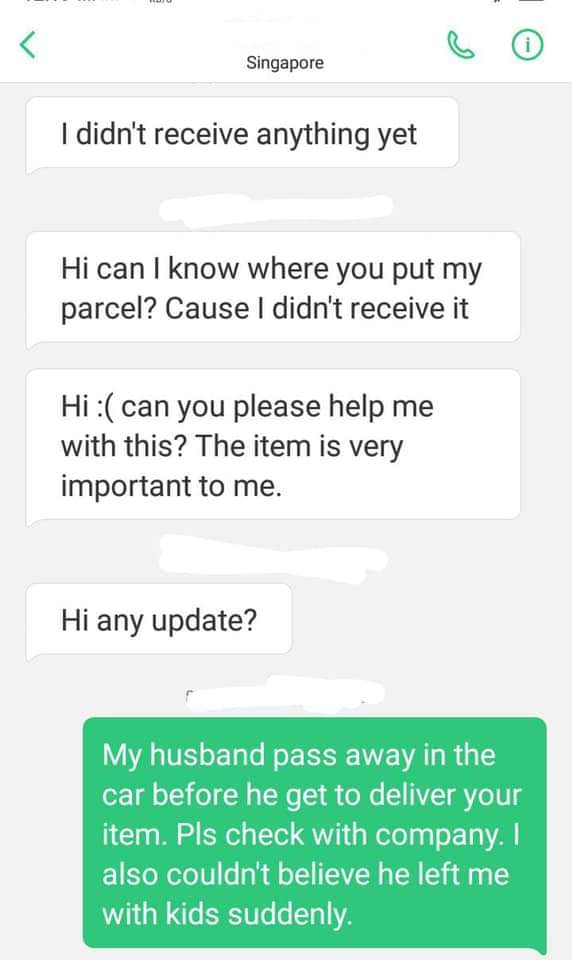 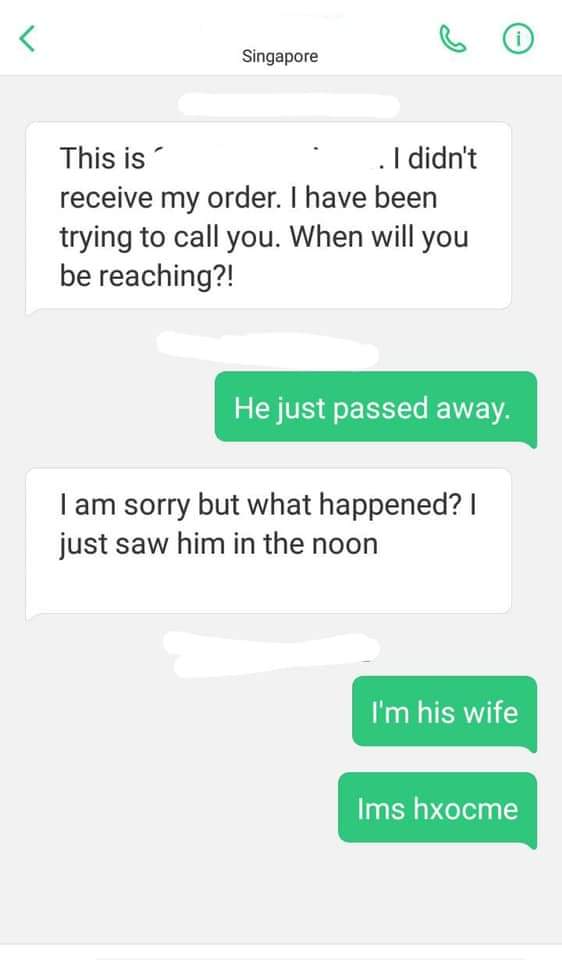