In a press release earlier today (11 July), Kaspersky revealed that its experts have uncovered new versions of the advanced malicious surveillance tool ‘FinSpy’. The new implants work on both iOS and Android devices, can monitor activity on almost all popular messaging services, including encrypted ones, and hide their traces better than before.

The basic functionality of the malware includes almost unlimited monitoring of the device’s activities: such as geolocation, all incoming and outgoing messages, contacts, media stored on the device, and data from popular messaging services like WhatsApp, Facebook messenger or Viber. All the exfiltrated data is transferred to the attacker via SMS messages or the HTTP protocol.

The latest known versions of the malware extend the surveillance functionality to additional messaging services, including those considered ‘secure’, such as Telegram, Signal or Threema. They are also more adept at covering their tracks, noted Kaspersky.

For instance, the iOS malware, targeting iOS 11 and older versions can now hide signs of jailbreak, while the new version for Android contains an exploit capable of gaining root privileges – almost unlimited, complete access to all files and commands – on an unrooted device.

Based on the information available to Kaspersky, in order to successfully infect both Android and iOS-based devices, attackers need either physical access to the phone or an already jailbroken/rooted device. For jailbroken/rooted phones there are at least three possible infection vectors: SMS message, email, or push notifications.

According to Kaspersky telemetry, several dozen mobile devices have been infected over the past year. 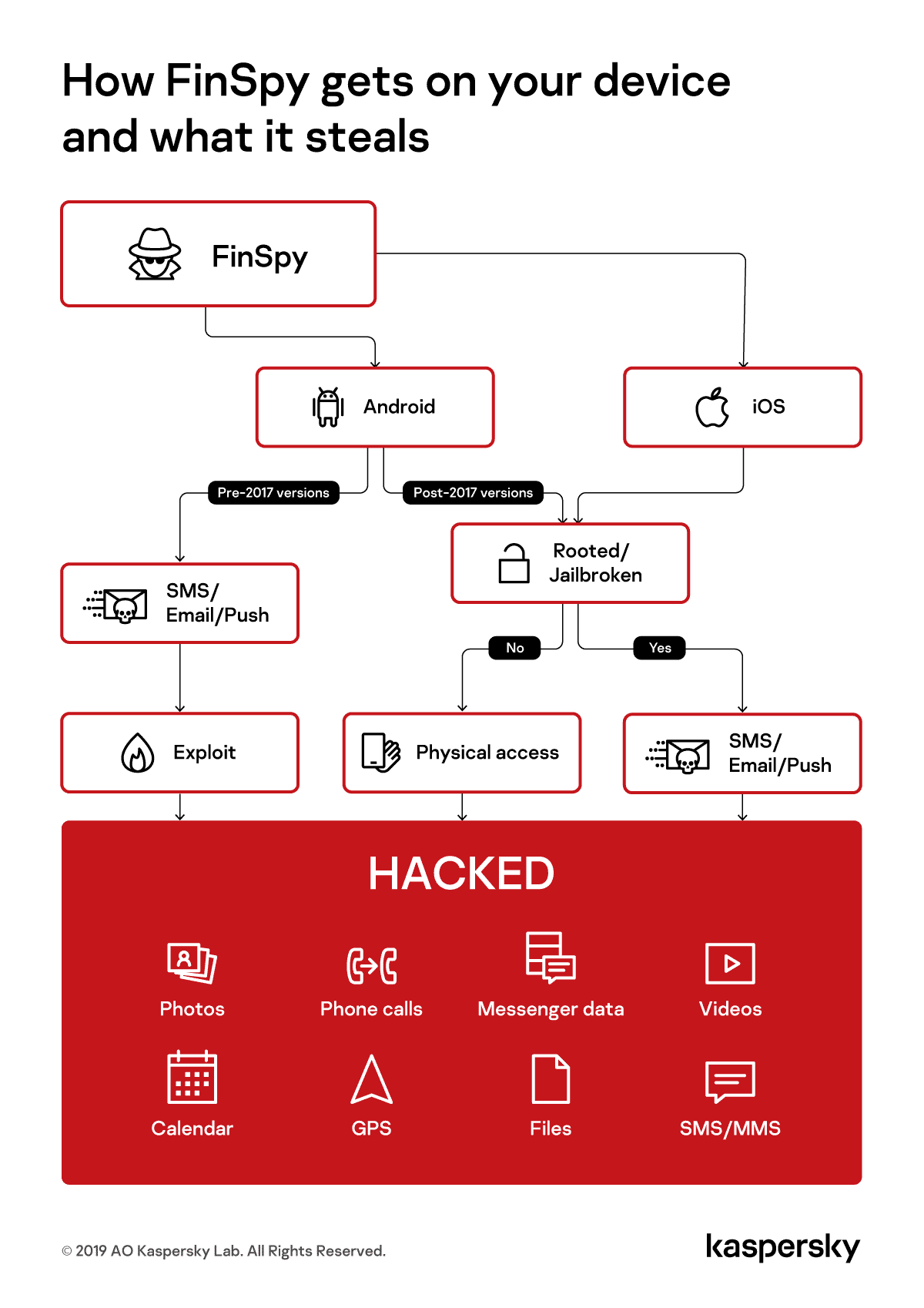 “The developers behind FinSpy constantly monitor security updates for mobile platforms and tend to quickly change their malicious programs to avoid their operation being blocked by fixes. Moreover, they follow trends and implement functionality to exfiltrate data from applications that are currently popular,” said Alexey Firsh, security researcher at Kaspersky Lab.

“We observe victims of the FinSpy implants on a daily basis, so it’s worth keeping an eye on the latest platform updates and install them as soon as they are released. Because, regardless of how secure the apps you use might be, and how protected your data, once the phone is rooted or jailbroken, it is wide open to spying,” he added.

For just US$7.50 a month, sign up as a subscriber on The Online Citizen Asia (and enjoy ads-free experience on our site) to support our mission to transform TOC into an alternative mainstream press.
Tags: FinSpySurveillance

At what cost of citizen’s privacy, comes their freedom and security