Does CPF scheme fulfil its original mission of ensuring retirement adequacy for Singaporeans?

The recent discussions about the Central Provident Fund (CPF) scheme has called into question the role of the CPF Board. This problem is more endemic than it seems because all Singaporeans and Permanent Residents are required by law to have an account.

The scheme was passed by the legislative council in 1953. At that time, only a handful in the civil service had retirement benefits and the masses had to depend on their personal savings for retirement. As this proved mostly insufficient, a mandatory contribution scheme was legislated.

Despite the seemingly simplistic model, I would argue that there are three key areas which the CPF scheme has failed in its basic goal (i.e. to ensure retirement adequacy for Singaporeans).

For one, CPF’s low interest rates do not compare well against other global pension funds. Hong Kong’s Mandatory Provident Fund (MPF) allows flexibility to its members to allocate their monies amongst different funds: equities, mixed assets, bonds, guaranteed and conservative for higher returns.

According to Kelvin Lee, Head of Institutional Business at Schroder Hong Kong, such flexibility in investing in different funds would allow one to increase his retirement egg next depending on his circumstances; Youths who are decades away from retirement could accept more volatility in exchange for a higher return. 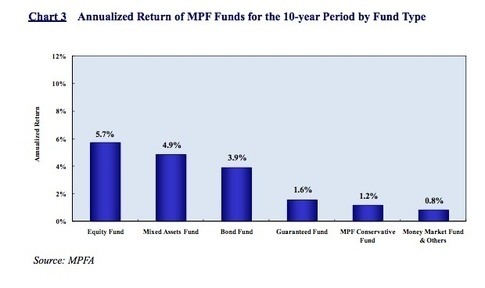 In 1981, CPF rules were relaxed to allow members to use their CPF monies for housing  purchase housing.

According to retired banker Chris Kuan, this created a situation where Singaporeans overstretched their housing budgets at the expense of “saving for retirement and healthcare.” This also had the unintended effect of “droving up property prices”.

Given the revelation that HDB flats have a zero value once their lease expires, this “destruction [of] equity” also destroyed one’s “retirement proposition”. In effect, this is “a very large transfer of wealth from households to the state and slow down the accumulation of government indebtedness.”

If anything, recent policies also show that Singaporeans are receiving less than what they are getting.

With CareShield, Singaporeans are forced to pay for premiums starting from age 30. Even as it is claimed that this scheme is more universal, handicapped patients have been known to have their claims rejected. The pay-outs of $600 is also seen as insufficient to cover basic living costs, much less medical care costs.

Even while ElderShield is optional and starts at the age of 40, the Government already netted $2.6 billion in premiums between 2002 and 2015 while paying out ‘only’ $100 million in claims – a 96% surplus which the government claims is for future pay-outs.

Altogether, a youth today will have to be subject to a pension fund which is insufficient to keep up with long-term inflation while the CPF-HDB nexus results in inadequate retirement. As Manpower Minister Josephine Teo said, only “about 53% of active members met their Full Retirement Sum in cash and pledge”.

Now, he will be subject to additional premiums while being unlikely to see any returns from CareShield.