By Margaret Yang, CMC Markets
Singapore’s Straits Times Index slumped 36.5 points or 1.12% yesterday, marking the biggest intraday loss this month. Selling was driven by profit-taking activity in local banks, and rising political uncertainty in the White House.
Technically, all of the three local banks – namely UOB, OCBC and DBS – were overbought and are now facing a technical correction.
In the case of OCBC Bank, for example, immediate support and resistance levels can be found at $10.27 (138% Fibonacci extension) and $10.52 (161.8% Fibonacci extension) respectively. RSI has fallen from 89% two days ago to around 70%, which suggests the selling force has started to take control.
The rally of gold and silver over the past few days suggests that safe havens are back in favour with market participants. President Trump finds himself trapped in the FBI investigation, and is now even facing accusations of interference or obstruction of the investigation, after former FBI Director James Comey revealed a key memo yesterday.
The White House drama continues; fasten your seat belts.
Singapore Free (May 2017) 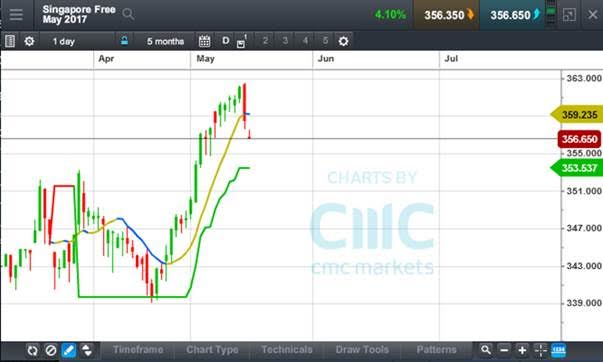 The train station and the high school girl: what's the truth?