by Vernon Chan
FIFA’s 2015 reform package to improve transparency and accountability in the sport includes a call to remove government appointees from leadership of its regional and national administrative bodies. The reformation has seen a fallout in various countries, with political appointees exiting most unwillingly the national administration of their sport. In squeaky clean, corruption-free Singapore, the Football Association of Singapore (FAS) has to comply with FIFA and hold an unprecedented and contentious election for its leadership.
Following accusations of a “compulsory donation” to the FAS that was funnelled to the ASEAN Football Association (AFF), the FAS and three football clubs have been raided by Singapore’s Commercial Affairs Department (CAD), the clubs’ chief, his opponent in the FAS leadership election, and the former political appointee president have been called in for interviews.
Instead of reading sensationalist reportage and hack pieces attacking Bill Ng and questioning how his profitable clubs have so many jackpot machines, we invite you to try our serious analysis on the real issues surrounding this case.
Clue: It has nothing to do with legalised, highly regulated, ubiquitous jackpot machines in Singapore’s football clubs.
“I’ve seen things you people wouldn’t believe. Conflicts of interest in sports organisations. Voluntary donations being raised and then made to third party organisations. All these moments will be lost to time, like tears in the rain. Time to die.” — Roy Blatty’s monologue in Ridley Scott’s Goal! 2049
The confluence; or, the eye in the storm
Removing political appointees to administrative positions may sound as natural and unobjectionable as cherry pie. Allowing governments to appoint politicians and political appointees to administer national sports organisations invites governance issues such as conflicts of interest and administrative competence, both issues or accusations that have cropped up in the contentious FAS election.
If you believe some of the heated campaigning, this current FAS election centres on “saving” the sport from incompetent administration and bloated management salaries of a series of party apparatchiks and political appointees who know nothing about the sport, spend good money on bad outcomes, impoverish local clubs at the expanse of the national sports body, and maybe even try to parlay their political appointments in national sports bodies into leadership in regional and international sports organisations.
But let’s concentrate on the raid itself. Why should there be one? What would it be investigating? Who could be the ultimate targets of its investigation? Will Singapore’s feared Corrupt Practices Investigations Bureau (CPIB) make a final minute appearance? Most importantly—why is the mainstream media running a campaign to persuade Ng to withdraw his candidacy?
Just like the Workers Party town council saga, the developing FAS scandal has the same issues: non-transparency in procedures, lack of accountability and conflicts of interest of key decision makers. Where further investigations into the WP town council mismanagement may prove (or disprove) the occurrence of procurement corruption, further investigations into FAS fund management may prove (or disprove) the occurrence of pay to play corruption.
Where is the case for CPIB? And why so many raids?
Bill Ng’s revelation and allegation of potentially improper donations to FAS, which were allegedly funnelled to AFF, can be formulated as such:
X organisation that Mr A is in needs money for a certain project, so Mr A (or as it turns out, his proxy Mr B) asks Y organisation to donate to Z organisation (which both A and B are heading). Y organisation cannot refuse because it understands there will be penalties. A needs to raise the money for X organisation to raise his profile for his pet project.
1. Business as usual?
Is this sort of thing business as usual? Does this happen all the time? Are donations only asked from specific clubs? Have any club refused to donate? Communications and paper trails need to be established and monitored—because this establishes a pattern of pay to play. 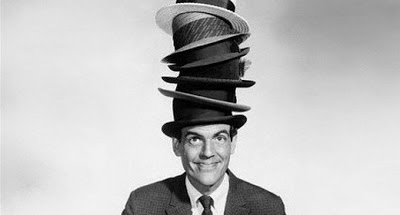 2.Wearing too many hats and the conflict of interest
People wearing too many hats means they are in a conflict of interest. At the time that the alleged donation was solicited and took place, the political appointee as well as well as his right-hand man for the leadership both were (and still are) in the ASEAN Football Association. In addition, the political appointee may have been a director of a private equity fund owned by the other challenger.

Most importantly from a governance point of view: Did someone else other than the parties oversee, okay, sign off, and accept the donation? Just like the Workers Party town council mismanagement case, you cannot ownself sign off and okay the deal if you have a conflict of interest!
3. Was there roundtripping? Is this roundtripping a breach of audit, governance, or other financial rules?
We note the Rube Goldberg structure of the donation Bill Ng was required to make to the FAS, which ultimately ended up as a donation from the FAS to the AFF. When my left hand pays for what my right hand is doing, and money comes in and goes out from different pockets, there is a case for sanction. This applies to all the parties involved.
Conflict of interest is very easy to understand, very easy to identify

Here’s the egghead definition and its restatement into simple English, courtesy of the Journal of Business Ethics (39:1-2, 67-74). It is:

“…a situation in which a person has a private or personal interest sufficient to influence the objective exercise of his duties as say, a public official, an employee, or a professional.
Simply put, a conflict of interest occurs when your obligations to a party or the greater public could be influenced or compromised by self interest, a prior commitment, competing loyalties, or an inability to be objective.”

This was first published at aikonomu.blogspot.sg and reproduced with permission