Two motorcyclists believed to be from Johor died while six were injured in a crash involving about nine motorcycles and a van in the Bukit Timah Expressway (BKE) Singapore on Saturday (11 Mar) afternoon at 3.50 pm.
The police said the driver of the van, a 25-year-old man, has been arrested for reckless behavior causing death and his driving license has been suspended immediately.
Govindan Maripan, a netizen, who posted photos of the incident in a Facebook public group – Traffic, JPJ,SPAD Roadblock,Traffic,Causeway & Accident Info Johor Area – said the incident happened when the riders stopped under the flyover following the rain.
https://www.facebook.com/groups/971047192928233/permalink/1460791557287125/
Social media posts revealed several motorcyclists lying motionless on the ground, with some motorcycles fallen on their side, items like bags and footwear were strewn on the road and one person had landed on the grass over the road railing. 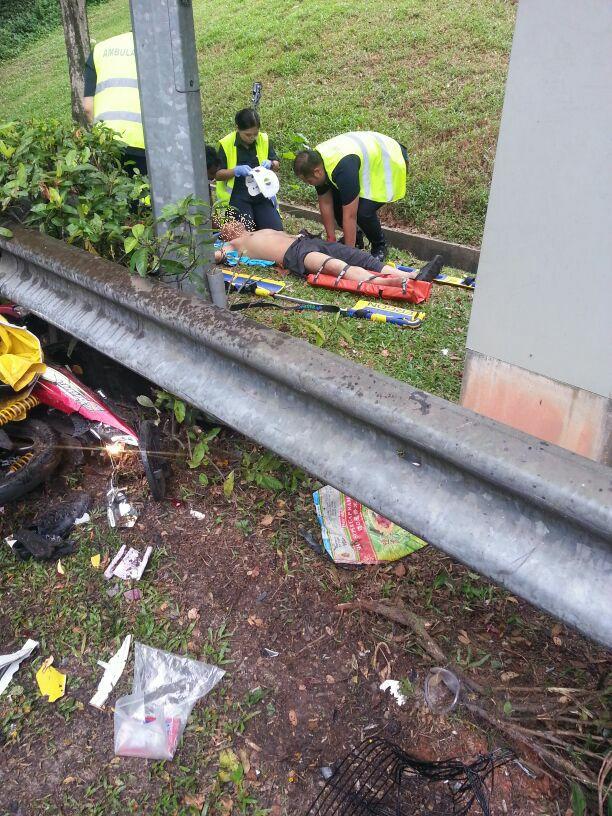 The accident occurred at the stretch after the Seletar Expressway (SLE) exit, towards Woodlands. At least one motorcycle had a Johor license plate number.
The Singapore Civil Defence Force (SCDF) was alerted at about 3.50pm, it said.
Police said the two motorcyclists, aged 34 and 50, were pronounced dead at the scene by medic. The dead and injured victims were sent to Khoo Teck Puat Hospital.
Investigations are ongoing and police urged members of the public not to circulate photos or videos of the victims to give respect for their families.