The need to reconsider how Singapore remembers WW2

By Vernon Chan
Yes, the Syonan Gallery has been renamed to the less offensive and traumatising “Surviving the Japanese Occupation: War and its Legacies“. But have the professionals behind the formulating, marketing, chronicalising, and critiquing of Singapore history learnt from this episode? Should they seriously reconsider an approach and narrative that is not just stale, not just failed, but poisoning the Singapore identity?

I trust you’ve seen or heard of the horror film series called The Grudge. That’s the level of grudge that East Asian approaches to World War II memory and citizenship education has played out. 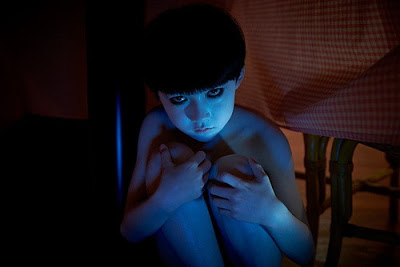 In the East Asian model of history as grudge or history as 记仇, history is where you bear an eternal grievance. National history involves never letting go, never forgiving, never forgetting a learned litany of persecutions, humiliations, injustices, and slights. If historical narratives create nations and subjects, this model of national history chains citizens to their “ancestors”, educates citizens to accept stereotypes and prejudices, and condition them to vilify and demonise prescribed villains, and be eternally paranoid vigilant against threats.
Dr Ho Chi Tim’s explanation of his personal blind spot may serve to illustrate that Singapore’s current model is indeed that of History as Eternal Grudge. After all, what else could be more appropriate to name a Singapore WW2 museum than Syonan Gallery, if Singaporeans are really into History as Eternal Grudge? It would seem that from the pushback against the name, that this model has stopped working entirely.
But consider other changes to Singapore’s existing WW2 history as eternal grudge:
Why shouldn’t a WW2 museum be at the location where the Japanese surrendered to us, rather than where we surrendered to the Japanese?
Why is the image of the surrender to the Japanese more prominent in our historical memory than the image of the Japanese surrender?
Why is there a museum at the Battle Box recounting the last, sad, floundering, and demoralising days of the British defense of Singapore, and not a museum recounting the last, sad, floundering and demoralising days of the Japanese occupation of Singapore?
Which Legacies of War should we learn?

“It is a sombre reminder not to take our peace and harmony for granted, and to appreciate the need to defend ourselves.” – National Library Board, 11 February 2017

“Experience the sounds of battle, the pangs of defeat and the cries of victory, all in one day” – “Uniquely Historical Singapore: World War II Self-Guided Tours”, Singapore Tourism Board, October 2004

“As you walk through the gallery, you will find important lessons of creativity, adaptability, and entrepreneurship from the annals of history, displayed by those who lived through the Occupation years” – “Syonan Race”, exhibit from Memories from the Ford Factory

“We ourselves must defend Singapore” – He who must not be named, spoken since the beginning of time

The historical narrative of WW2 Singapore is toxic. It turns Singapore into a paranoid, arrogant, and ungrateful whiner with the charm of a week-old wet sock.
Consider the narrative arc beginning with how Singapore was poorly and incompetently defended by the colonials, and ending with how it must look after itself.
This is dreadfully insulting to the memory of the New Zealand and Australian troops who could have sat out the war thanks to their geography, but came to the defense of Singapore anyway – and died for it horribly and slowly as slave labour for the Thai-Burmese railway. It dishonours the brilliant framers of the Anglo-Thai Peace Treaty (lodged in the United Nations, who forbade the Thais from building any Kra Canal, or undermining the positioning of Singapore, as well as exacting rice exports as war tribute to the starving peoples in Malaya and Singapore. It spits on the multiple active treaties (eg. FPDA) Singapore has with its long-term allies, some signed right after the war, some signed right after its independence. It even forgets that several Singaporeans joined Chinese Americans to liberate not just Malaya but also China, via the “Flying Tigers”.
Most of all, it’s ironic given that the only reason the Changi Chapel, the former Battle Box, Fort Canning, and the former Ford Factory developed into museums was solely because former POWs kept returning to these places for personal memory trails and pilgrimages.
Why shouldn’t we learn a different set of lessons from the “war and its legacies”?
How about stressing the importance of treaties and allies in a multipolar world?
How about honouring our allies from the war – including the communists, KMT, British, Australians, and Americans who jointly pooled their resources to liberating Malaya and Borneo?
How about recognising that in a world war, territory can be lost and regained – and the “fall of Singapore” should be balanced with the “liberation of Singapore”?
Learning lessons and legacies from the wrong war?
Why should a museum whose tagline is “War and its Legacies” solely focus on WW2 and ignore the Great War?
What lessons about “war and its legacies” would we learn from a Singapore WW1 museum?
Shouldn’t it be important to learn how Singapore contributed and punched above its weight during WW1? That despite the lack of threat to its existence, Singapore’s local non-colonial civil leaders urged for a war tax? That the same leaders raised and donated funds to build several squadrons of fighters to send to theatre in Europe? That thanks to Singapore’s fundraising, the UK was dotted with convalescence hospitals and accommodation for soldiers? Shouldn’t we learn from both WW1 and WW2 about how different theatres of operations create different sets of responsibilities and hardships for everyone?
What would the “Sepoy mutiny” teach us about war and its legacies?
Or that the precursors to the modern army of Singapore and Malaysia came to prominence in WW1?
This article was first published at http://akikonomu.blogspot.sg/