Britain’s manufacturing PMI came out far below expectation on last Friday, a sign that the UK’s economy is probably facing downward pressure one month after the vote to leave the EU. The PMI data dropped to 7-year low to 49.1 as compared to the forecast of 50.0. A reading below 50.0 usually suggests industry contraction.

The UK service PMI was also discouraging – a 47.2 reading was far below the consensus forecast of 49.2, adding concerns over the economic outlook. Sterling fell over 100 pips against USD right after this announcement.

Most of Asia’s emerging currencies edged up on Friday as optimism on the BOJ’s stimulus plan started to fade. The Chinese yuan is on track for its largest weekly gain after the offshore CNH touched a six-year low of 6.70 against USD early this week.  The Chinese central bank set the mid-point of onshore renminbi 300 points higher last Wednesday despite a stronger US dollar, which proved their determination to defend the yuan from falling too fast.

Crude oil declined as Iraq crude exports are on the rise whereas the glut in petroleum persists. The WTI crude oil Sep contract fished at a three month low of $44.25. The immediate support level is around $43.75 area.

US corporate earnings saw more positive surprises than negative ones, but valuation of the S&P 500 index stands at the highest level since 2009. A dovish FOMC statement and robust US economic indicators are very much needed to support this rally.

The US dollar strengthened against its major peers: JPY, GBP and EUR. A stronger dollar index weighed on gold and silver prices. However, the upcoming FOMC meeting and BOJ decision this week may heighten the market risks and lead to rising uncertainty. Perceived safe-haven assets including treasuries, gold and silver may end the consolidation phase sooner than expected. 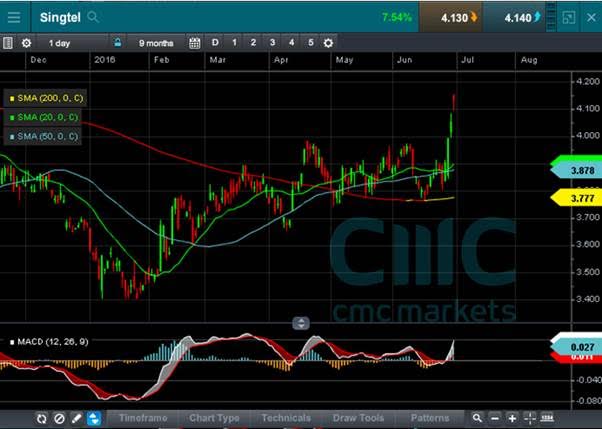