Zorro: Sotong or trying to sotong us over FT, local numbers

But first, dare the Prime Minister, Zorro*, Kee Chui** or anyone in the People’s Action Party or the NTUC dare say they are safeguarding S’poreans’ jobs or wages? 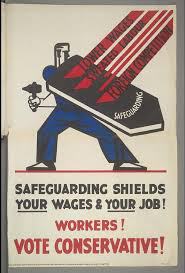 In an interview last week,  said that the government will hold fast to its goal of having a two-thirds Singaporean core in the economy, and this will be the structure of the country’s workforce in the “medium to long term”.

On his blog [Link] on 21 Aug, Jenn Jong pointed out that former Manpower Minister Tan Chuan-Jin had admitted that the one-third FT target is possible only for this decade, during a Parliamentary debate 2 years ago.

“That I agree with.”

“Whilst doing our own computations for alternative models, we had then studied all the publicly available numbers about population in Singapore. There will be net addition to the local workforce from 2013 till 2020, the end of this decade. This is because there will be more Singaporeans turning of age to be included into the workforce than there are Singaporeans retiring.”

He noted that beyond 2020, in order to get the kind of economic growth the PAP government had wanted in the White Paper, there has to be more addition of foreign labour without any addition of local manpower.

He therefore questioned Lim’s talk of maintaining the 2:1 ratio of Singaporean to foreign workers in Singapore’s workforce in the “medium to long term”.

“His predecessor (Tan Chuan-Jin) had already agreed with me that ‘by 2020 our own domestic labour force growth will basically end up at about zero. So whatever growth we have thereafter will largely be foreign labour growth’ and that ‘it (foreign workforce) is really about one-third for this decade until about 2020.”

Worse, the proportion of local work force seems to be decreasing while that of foreign work force is increasing.

In other words, as of last year, the proportion of foreign workers in our work force was already 38.1%, more than 1/3.

“Is Mr Lim’s definition of long-term up to 2020 only? If it is beyond 2020, how is he going to achieve that because even with a growing local workforce in this current decade, the ratio has been declining well past the two-thirds ratio already while productivity has failed to improve?”

Hear, hear for Jenn Jong, This is the kind of questioning I expect when I voted for WP at the last GE.

Back to the interview. Zorro said that the tightening of Singapore’s foreign manpower was not a reaction to past mistakes, but was rather a reflection that realities had changed. The inflow of foreign manpower was a hot topic during the 2011 General Election, and Mr Lim identified the “determination to manage” the growth of the foreign workforce here as the key shift in manpower policy since.

“It’s not so much because the policy of the past was a mistake but rather, we are now having a new stage of growth and therefore we have to pursue a new direction,” he said.

If anyone believes this, they’ll believe anything.

He went on to say, “Every country has to find the right balance … But on the whole, I would say that we have managed the process a lot more effectively compared to some other cities and countries. Through the manpower quota system, we have ensured foreign manpower spread across all sectors and companies.”

Manpower quota system? As TRE pointed out: for foreign PMETs, that is, foreign EP holders, there is no quota imposed in Singapore.

In the US, for example, the congress controlled their H-1B visa (equivalent to Singapore’s EP) for foreigners tightly. The current US law limits to 65,000 the number of foreign nationals who may be issued a H-1B visa each fiscal year. US laws also exempt up to 20,000 foreign nationals holding a master’s or higher degree from US universities from the cap on H-1B visas. In addition, excluded from the ceiling are all H-1B foreign workers who work at universities, non-profit research facilities associated with universities, and government research facilities. Universities can employ an unlimited number of foreign workers as cap-exempt. This also means that contractors working at but not directly employed by the institutions may be exempt from the cap as well. In FY2010, 117,828 H-1B visas were issued by US government. In FY2012, it was 135,991 [Link].

Also, spouses of H-1B visa holder in US are not allowed to work at all. But in Singapore, spouses of EP holders can work through obtaining a Dependant’s Pass [Link].

Coming back to the protection of jobs and wages, it would seem that the PAP and NTUC can safely say that they are protecting FTs jobs and wages here, given the absence of quotas for employment pass holders. What do you think?

SDP’s Dr Paul Tambyah said something recently that deserves to be very widely known. At a recent forum organised by the National University of Singapore Society where representatives from nine opposition parties and the ruling PAP were present, Dr Paul Tambyah said that young local doctors complaining about the hours and working conditions in hospitals, were told that the hospitals could always employ FTs at lower salaries. If our brightest citizens (even straight As can’t get into the local medical schools)  are threatened with FT replacements, what about the Vocational Institutes’ grads?

Yet at the forum Sim Ann representing the PAP said, “We always put SGs front and centre.”

I ask again, “If our brightest and most expensively educated get threatened with being replaced by cheaper FTs, are the Normal streamers safe?”

This post was first published at “Thoughts of a Cynical Investor“