Prime Minister Lee Hsien Loong, at an Institute of Policy Studies dialogue held on 2 July 2015, was asked if he believed in instilling a ‘culture of respect’ through court proceedings impedes the building of a vibrant economy.

“You want people who stand up, we don’t want people who scrape and bow. But if you don’t have a certain natural aristocracy in the system, people who are respected because they have earned that and we level everything down to the lowest common denominator, then I think society will lose out … If you end up with anarchy, it doesn’t mean that you’ll be delivered with brilliance.” (Emphasis added) 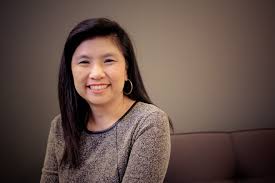 Ms Chong argued that in this day and age, instead of focusing on aristocracy, we should focus more on “closing the gap” in order to take advantage of the new global economy.

While I respect PM Lee, I fundamentally disagree with him.

If one reads PM Lee’s quote in context, he is speaking of an aristocracy in the sense of a ruling elite based on ‘merit’, as opposed to the aristocracy of hereditary titles one would automatically associate with the House of Lords in the United Kingdom.

The danger of Singapore being led by a ‘meritocratic elite’ is equally dangerous, if not more dangerous than an aristocracy or Lords and Ladies because it perpetuates an insidious myth: that those at the highest rungs of society are there because they are somehow ‘better’ or more deserving – somehow more ‘meritorious’.

The virtue of meritocracy might have held some truth in the early founding years of our nation. However, after decades of economic progress, the second and third generation offspring of those better off have gathered in-built advantages that helped them get an early head start. (For a simple illustration of the myth of meritocracy, click on this link:http://thewireless.co.nz/articles/the-pencilsword-on-a-plate )

In a 2012 paper, a group of leading economists noted [1] that income inequality in Singapore was being exacerbated by declining social mobility. They highlighted the problem that the current level of social mobility “is no longer adequate to give young Singaporeans from lower income backgrounds a chance of moving up in life”.

While PM Lee is largely correct in saying that it’s unlikely we’ll find brilliance out of anarchy, it seems like he is making a straw man argument. Not supporting a ‘natural aristocracy’ does not necessarily lead to anarchy. PM Lee’s response falsely forces people to choose between one and the other.

Ultimately, the reality of the new global economy is the fact that retaining Singapore’s leading economic role in the region and position on the world stage will depend on our ability to broaden our leadership beyond a narrow elite and tap our strongest resource: each and every citizen of Singapore.

In order to do so we have to stop using terms like ‘aristocracy’ and instead focus on closing the widening gaps in society.

I’m very sure that we’ll be much better off by involving all Singaporeans in charting Singapore’s future together, whether you belong to the meritocratic aristocracy or not.

[1] Background paper for the Singapore Perspectives Seminar 2012 entitled “Inequality and the Need for a New Social Compact” co-authored by Manu Bhaskaran, Ho Seng Chee, Donald Low, Tan Kim Song, Sudhir Vadaketh and Yeoh Lam Keong
For just US$7.50 a month, sign up as a subscriber on The Online Citizen Asia (and enjoy ads-free experience on our site) to support our mission to transform TOC into an alternative mainstream press.
Tags: Jeannette Chong-Aruldoss

SMRT Breakdowns: What has happened since 2012?

by The Online Citizen
41