Getting leg caught in MRT platform gap – a cause for concern? In yet another incident within weeks, a commuter had her legs caught in the platform gap at the Boon Keng train station along the North-east Line on Thursday morning.

The woman, in her 40s, had to be freed by the SCDF using “hydraulic rescue tools”.

She was later taken to the Tan Tock Seng Hospital and, besides some abrasions and sweeling on her right knee, is reported to be in stable condition.

The incident delayed train services for about 10 minutes, the SBS Transit, which runs the line, said in a tweet.

Services resumed at 8.53am.

On the SBS Transit website’s “Safety Tips” page, it advises commuters to mind the gap between the train and the platform and not to rush into the train when the doors are closing.

“In an emergency, press the Emergency Train Stop (ETS) button located at alternate pillars on the platform. When the ETS is pressed, the approaching train will stop. If the train is already at the station, it will not move off. To avoid unnecessary train delay, please use the ETS only in emergencies.”

Just a week ago, another woman had her leg stuck at the platform gap of the Jurong East Station. Here are some other recent incidents. 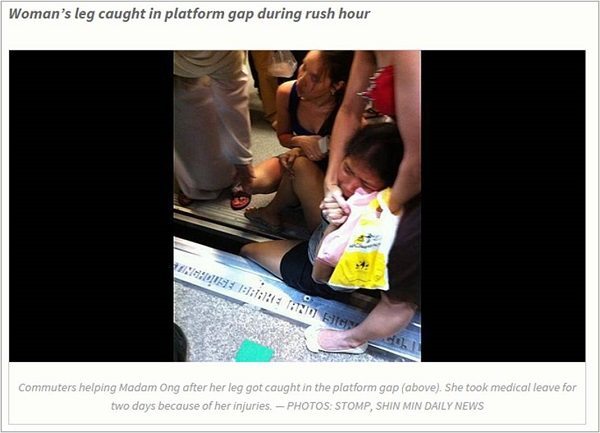 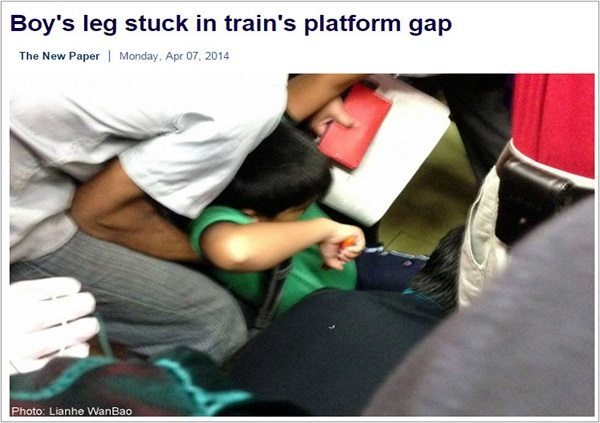