Singapore civil society – a work in progress: Thoughts on SAA 2015

TWC3, the organizing committee of the Singapore Advocacy Awards (SAA), has begun work to organize the 2015 SAA.  The awards will be announced on 31 July evening.

But between now and then, we will be hosting a number of networking dinners. The one we organized last year was attended by more than 40 people and I am encouraged by their response. Those who spoke to me welcomed the opportunity to meet other activists and get to know them.08

A major event which we will also be hosting, and to my mind, an important one, is a lecture by Dr Cherian George on the freedom of expression and its limits. This will be held early July. Do look out for these events.

So much has happened since the SAA inaugural event in August 2014.

The Attorney-General’s Chambers took action against Alex Au, over two articles on his blog in October 2013. The AGC charged that the first of these articles was a baseless attack against the authority of court and crossed the legal line when he discussed challenges of the constitutionality of Section 377A. He was found guilty of contempt of court.

Blogger Roy Ngerng, who published an article questioning the mechanics of the CFP, was taken to court and ordered by the High Court to pay Prime Minister Lee Hsien Loong $29,000 in costs for the defamation suit.

The police had arrested a 26-year-old Singaporean man and a 22-year-old Australian woman for posting an allegedly seditious article about the recent Thaipusam incident on The Real Singapore’s (TRS) website.

Most recently, Lee Kuan Yew’s passing saw a celebration of his achievements, but also a debate on his policies, which had affected civil society in different ways.

Beyond Singapore, what happened in Paris on 7 January this year continues to haunt us and raise many questions about freedom of expression and about the changing nature of modern societies, which are increasingly multicultural in nature.

Can we leave it to the state to decide on how to navigate this complex terrain without considering the views of citizens?  So far our state’s reaction to local disagreements and dissent has been to use legislative measures to control and rein in its people.

These measures by the state could further alienate and marginalize this community which is already bruised by the draconian measures inflicted on Little India after the Little India riot. The music accompanying the devotees have its religious associations, I am sure, but it could very well be an assertion of identity by a community which sees itself as being marginalized.

In a commentary in the Guardian after the Paris tragedy, Pankaj Mishra wrote:

“Crude depictions of already segregated minorities, though protected and even sanctioned by the state’s ideology, can only result in further ghettoisation and radicalisation, whether the targets of degrading ethnic, racial and religious stereotypes are devout or atheistic. As the Canadian philosopher Charles Taylor writes, “our identity is partly shaped by recognition or its absence, often by the misrecognition of others, and so a person or group of people can suffer real damage, real distortion, if the people or society around them mirror back to them a confining or demeaning or contemptible picture of themselves…”

“The task,” Mishra continued, “for those who cherish freedom is to re-imagine it… in our own irreversible mixed and highly unequal societies and the larger interdependent world. Only then can we capably defend freedom from its true enemies.”

Singaporeans demonstrated that they are able to suspend differences – their racial and religious differences – and come together to protest against what they see as unfair in the legislative measures imposed on forms of celebrations surrounding Thaipusam. They saw that public policies are not always fair, nor are they imposed equally across the different races and religions.

A refreshingly welcome response was the work of two young men after the Little India riot. Zakaria Zainal and Prabhu Silvam, wrote a book of interviews and pictures, Riot Recollections, which is a collection of the voices of witnesses from the people who work and live in the area. The book presents us with an alternate story, unembellished from the hysteria and biases that seem to affect other reports.

In the post-Lee Kuan Yew period, much has been written about the way forward for Singapore. The discussion on whether Singaporeans should be allowed more political and social rights is intrinsically tied to civil society.

Civil society in Singapore is a work in progress. Civil society matters. It plays an important role in capturing people’s hearts and minds to affect the change we need and want. Directives and legislation from the state alone will not do that.

Civil society organizations (CSOs) can in many ways contribute to public policy, democratic practice and more effective governance. CSOs help to disseminate information and to educate citizens. They help to broaden political agendas. They improve dialogue and strengthen communication.

CSOs prepare the ground for future public policy. We have seen this happening with the advocacy work of the Nature Society, AWARE, and Pink Dot, to name a few organizations. Increasingly, in the new Singapore, academics and public intellectuals are generating new ideas and theories, but it will depend on the CSOs to give these ideas and theories publicity and currency, and by those means, help to change attitudes and help with the formulation of public policies.

But civil societies are not like instant noodles. Societies need time, space, civic education and experience to undertake civic functions and to broaden citizen participation in policy-making. Nor are they born with a mature set of civic norms and democratic values.

As Sasitharan, the chair of the SAA judging panel noted in his speech at the Award ceremony:

“If civil society in Singapore is to grow and mature, then it is crucial that good advocacy, work that makes an impact on society, that is engaged with the community and that empowers people should be properly recognized, acknowledged and applauded…”

And about activism, he said that “the will of citizens to act for a cause and advocacy, the will of the citizens to speak for a cause, will become the very means by which new politics will be played out. The writing is on the wall. A strong civil society will probably lead to healthy, functioning democracies. Conversely, healthy, well-functioning democracies must allow strong civil societies to exist.”

Unfortunately, the concept of “advocacy” is often seen as alien, disconcerting or even threatening, in our civil society and political culture. The result is that people shy away from advocacy work and/or are critical of those who do.

I have come across a definition of advocacy which explains very clearly what it means and which is very non-threatening. Here it is and you can’t quarrel with this: Advocacy is “the act of pleading or arguing in favour of something, such as a cause, idea, or policy; active support.” (The Free Dictionary.com)

Too many restrictive legislation can lead to a loss of nerve. Inequality and arrogance of power, and an experience of being marginalized by dominant values and norms, can lead to a paralysis of the mind and an incapacity of the will to act on one’s own behalf. A feminist once wrote “what is ‘freely’ chosen is not by definition defensible. What is supported by a majority is not thereby immune to critique.” It is something to reflect on.

These are the reasons why TWC3 set about establishing the Singapore Advocacy Awards in 2013. We, as a community, need to acknowledge and celebrate those who do have the vision and the courage to see that they can act and that they can make a difference, and thus, inspire the rest of us to do the same.

TWC3 invites you to participate in this process of celebrating activism in Singapore civil society. Nominations for the Singapore Advocacy Awards 2015 have opened for three categories of activism undertaken during the period from June 2014 till June 2015. The award event will be held on 31 July 2015. Nominations forms can be downloaded here. 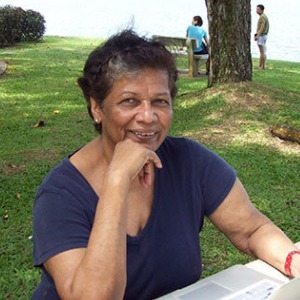 Constance Singam is an author and civil society activist. In the last thirty years, Constance has led women’s organizations, co-founded civil society groups, been a columnist in several national publications, and contributed to and co-edited several books. Her works include “A history of the TWC: Building Social Space in Singapore” and “Re-Presenting Singapore Women” which she co-edited. She has just released her memoir “Where I Was: A Memoir from the Margins”. She is a passionate Singaporean and a non-partisan, independent observer of the Singapore political culture.