AHPETC in Parliament and the politics of stupidity 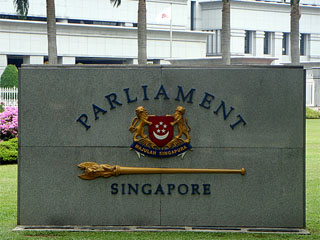 Some of us might be bewildered by what happened in Parliament last week, when a motion was tabled to discuss at length about the Accounting General’s investigation into the finances of Aljunied Hougang Punggol East Town Council.

Two whole days were spent niggling over the finances of a single town council, with various Ministers taking the stand to chastise, lambast, accuse and denigrate the effectiveness and integrity of the Workers’ Party Members of Parliament in charge of AHPETC, who then had to defend themselves against these allegations.

That was followed up by countless media reports, and even all the way to this week, we can hear the topic being discussed on national radio. The circus continues.

With such a big fuss, what exactly was the issue about, you might ask?

The Minister for National Development Mr Khaw Boon Wan would have you believe that it was about transparency and accountability. Much was said about how AHPETC was not able to cobble together a proper audit report, the figures were all in a mess, and how the way its managing agent attended to the affairs of the town council was anything but lawful.

Indeed, AHPETC has a lot to answer for. The dearth of any managing agent or existing company willing to take up contracts run by opposition party town councils might mean the need for the party to appoint a preferred vendor that has little experience in running such affairs, but it then becomes the party’s obligation to ensure that nothing should ever slip through the cracks.

This has nothing to do with the risk of being picked on by their opposition, but the simple need to break in new vendors and ensure they can more than adequately comply with existing regulations.

Yet for all the accountably owing, is this issue worthy of time in Parliament and national media? In truth, AHPETC needs to address the concerns of its residents in how their money had been used. This issue is at best a municipal one, hardly worth a two-day debate in the House.

In spite of all the red marks AHPETC received in its annual town council audits by MND, to question the effectiveness of its leaders is very different from questioning their integrity. In fact, putting the same spotlight of scrutiny that AGO had on any other town council might have yielded similar results.

What is of national concern, however, was not given the air time it deserves in Parliament. We are talking about many millions more, given to the government led by the ruling People’s Action Party for the management of the nation, yet with clear transgressions of proper accountability. We are talking about yet another report by AGO, this time on the financial irregularities in government agencies. This is not money given to one town council, but money that an entire nation of tax-payers had entrusted to the government. Were any of these financial issues debated as robustly as AHPETC’s finances?

We should also note that Mr Khaw’s own Ministry had more recently been called into question for oversights in tendering the Fernvale temple and columbarium. Amazingly, Mr Khaw was allowed to explain this away by making references to, of all things, Chinese folklore.

My intention in drawing up these examples is not to heap it on Mr Khaw or do a tit-for-tat, but to ask, really, what should Parliament be focusing on?

Yet another rationale for focusing on AHPETC was given by Education Minister Heng Swee Keat, who opined that it was about serving the interests of residents well. Mr Heng also went as far as to make unsubstantiated claims that WP MPs have been avoiding residents’ queries on the issue during their walkabouts.

Oddly, a recent media report on radio, where reporters actually went to the Aljunied ward to talk to residents to get their views on the issue, indicated that residents generally trust AHPETC to do the right thing, and indeed, their neighbourhoods are no worse than before despite the fracas.

That aside, it is perhaps a tad contradictory that the actions by Mr Heng’s colleague should disagree with his concerns for the residents. For all the review to the Town Council Act that Mr Khaw had promised, his Ministry’s decision on the matter was to withhold about S$7 million of service and conservancy charges grants for the financial year 2014 from AHPETC until it can fill in the gaps for its finances.

Is this withholding of funds meant to penalise AHPETC, or to punish the residents? Where exactly is PAP’s focus on this issue? Has it lost focus, or did it have any to begin with?

In net effect, the berating of AHPETC using precious time in Parliament was not about accountability. It was also not about the rights of citizens, as the actions of MND have proved. But if it was about politics, then it was clearly not the smart kind.

Indeed, Mr Heng had claimed that the issue was not about partisan politics. Perhaps he was right. Partisan politics would require that you put in some effort to defend your party’s interest against your opponent. What we saw in Parliament last week was little more than the PAP going for WP’s jugular, completely disregarding that the ground had already been stained with its own blood.

PAP, in letting its key office holders loose to freely attack WP, need to realise that the residents of Alijunied, Hougang and Punggol East did not vote in WP because they wanted MPs who are fantastic at running their estates. By PAP’s own admission – and in case it has forgotten – WP won because voters wanted WP to be their voice in Parliament.

Last week, voters saw that voice being drowned out in Parliament and in media. One can only wonder what their reaction might be, come the next general elections.

If this had been about projecting a positive perception among the electorate, WP might have taken a bruising, but it was surely the PAP that has bashed itself to a pulp. But of course, it is not. It has been about, and will always be told to be about, public accountability and the interest of residents – if you would believe it.