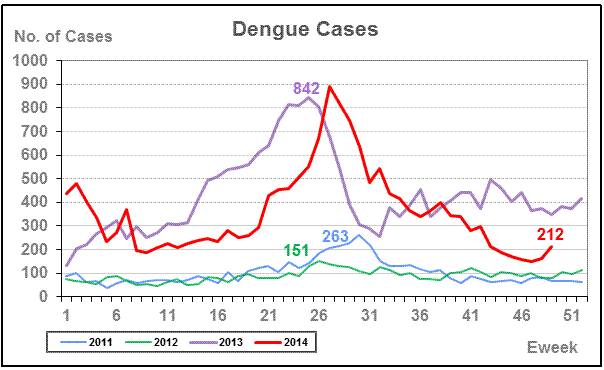 The weekly number of new dengue cases has reached 212 last week (30 Nov – 6 Dec). After dipping to a low of 149 weekly new cases three weeks ago, this number has increased steadily for the second consecutive week.
As a frame of reference