Scottish lessons from an Asean perspective

by The Online Citizen
in Commentaries, Current Affairs
5 min read
0 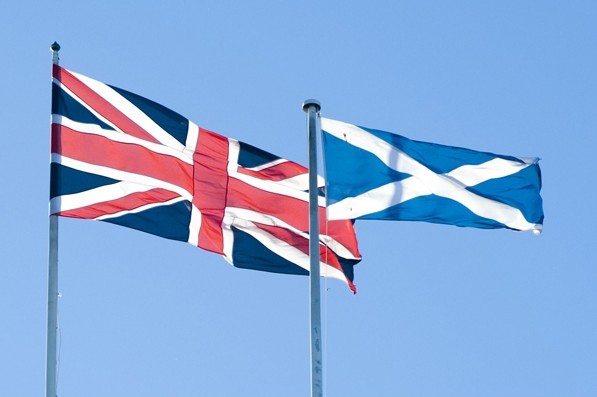 It must be a great relief to Queen Elizabeth II  that she does not have to agonise over a new name for her Kingdom. Had Scotland voted “Yes” at yesterday’s referendum on independence, comedians had suggested that she would have had to ponder whether her newly strung Kingdom should be called Former United Kingdom (FUK),  Little Britain or some other more appropriate name.

The Scottish referendum on whether to break its 307 years union with England was eventually decided by a definitive “No”. This decision was delivered by a convincing 55% of the 3.5 million voters. Most surprisingly there were only 3000 spoilt votes.

There is much for people in Asean to learn from the Scottish democratic experience at the ballot box over the issue of independence.

Those campaigning for independence of Scotland range from narrow nationalists, to former labour-voting socialists, all calling for the breakup of the Union cobbled together in 1707. Although  the  political, financial, economic, and military stakes are extremely high for the British Establishment in this referendum, and the consequences were unquantifiable had the votes gone the other way, there was no “big brother” or invisible hand to sabotage, threaten, frustrate, intimidate, or demonise those in the “Yes” camp.

Surprisingly, the British Establishment did not stop the Scottish parliament, controlled by the Scottish Nationalist Party, which favours independence, from dropping the eligible voting age to 16, thereby enfranchising 125,000 youths. This age group, the pro-independent camp speculated, would be pro-independent.

The Yes campaign ran for two years, and in the process, thousands of public meetings were held, in schools, universities, church halls, public squares etc. Anyone could initiate a gathering without having to trouble the authorities for permission. There is no fear of being arrested for illegal assembly, or sedition.

The debates over the referendum were most engaging, involving people from all walks of life and age groups, and not artificially confined to “party politicians only”.  For example, at the internationally renowned  Edinburgh  Festival 2014, which is an annual showcase of performing arts and culture,  there was a healthy and natural mingle of arts and politics over the Referendum. Unlike Singapore, the British Establishment could not even, for a moment, contemplate censoring any play, film, or song for threatening the very life of the Union despite the fact that there was a general bias for Independence. Theatre Groups were engaged in advocating their political positions on the referendum without fear of losing grants or support of their donors.

The political debates amongst the contending camps were often heated, with mutual accusations that their opponents lied, or running disingenuous smear or scare campaigns. Such serious allegations were often widely publicised through the media. Yet, we did not find politicians crying to court to protect their wafer thin skin; or threatening their opponents with solicitor letters for damages as is often the case in Singapore.

The Scottish were not warned by any God Father that they would have to repent for the rest of their lives if the Yes votes was carried. They were only indirectly advised by Queen Elizabeth II  to “think carefully”.  Even that led to criticisms that she breached her constitutional role. Yet, despite such criticism of the Queen, no one was charged with Lese Majeste as would be the case in Thailand, or Sedition as in Malaysia.

The Scottish nation was truly divided over the issue, and many leading intellectuals and professionals spoke their minds without fear, unlike Singapore where the fear of losing one’s sinecure, contracts or pensions  ensure that their elites keep their mouth tightly zipped, even after retirement.

Prominent personalities in civil society who advocate pro-independence views to the ire of the British Establishment had no fear that their tax affairs would suddenly come under immediate scrutiny of the Inland Revenue; or any regulatory body would coincidentally appear at their door step as the case is in some Aseab countries.

The media in the United Kingdom played an important part in this referendum, especially in the last few months where the debates of both camps were widely broadcast at prime time. The Yes campaigns and sentiments were most prominent in the streets in Scotland, and these were accurately reflected in the national media. Such was the effect that it sent jitters to the British Establishment, and financial market, causing the Sterling and shares to fall during the last week of the referendum.

Such even-handed, accurate media coverage of events and views would be unthinkable in Singapore or in Malaysia where the mainstream media are either cowed, or controlled by the powers that be. It is the norm  in Singapore for mainstream media to cast the opposition and critics in negative light, unfairly presented as incompetent,  fractious , untrustworthy, or  violent; and if a photograph is used, it would usually be one which is the most unflattering.

By the last week of the referendum, it was clear from various opinion polls that the future of the Kingdom was on the knife-edge, and the British Establishment was unprepared as to the consequences. For example, a Yes result could render Britain without its current nuclear deterrent as the 225 nuclear warheads are based in Scotland. Scottish nationalists want them out as soon as possible once independence is achieved. It would be too expensive and impractical to relocate them elsewhere in Britain. Yet, the Establishment took no pre-emptive strike against the Yes campaign to avoid an impending security crisis.

If such similar scenario were to take place in Malaysia, Singapore, Thailand or Burma or any other Asean countries,  the Establishment would, almost certainly  suspend the referendum,  incarcerate all the key players in the Yes campaign including the sympathetic journalists; followed by one or more of following, namely, the military rule, suspension of the constitution, or declaration of emergency rule. Fictitious excuses of one kind or another based on National Security grounds would then be invented to justify the draconian measures.

Fortunately for Scotland, none of these happened. The Yes campaigners have had a good fight, their dreams were nearly there with the support of 1.9 million votes, but they lost by 400, 000 votes to the 2 million for voted No. The leader of the Yes campaign humbly accepted defeat, and resigned. Life and politics move on.

The Scottish Referendum is a good showcase of the best of British democratic process,  partly because there were equality of arms, and the process was not distorted by money politics.

The British Establishment does, sometimes, as in this case, look after the democratic rights of the people well. This is primarily because the Establishment is under the close scrutiny of the vigilant press, the generally independent judiciary, lawyers and public intellectuals.

But there is a duality in the character of the British Establishment, and its commitment to the democratic process is not universal. Had the British establishment in the past accorded the same rights and process of self-determination to its colonies such as Ireland,  Kenya or  Malaya, the history of these countries would not be tainted by bloodshed during the struggle for independence. But that is a different story for historians to take up.