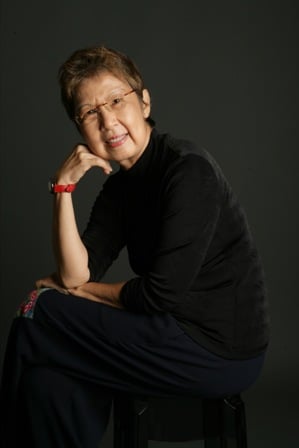 The following are extracts from the keynote speech by Singaporean writer Suchen Christine Lim at the 7th Annual Gathering of Asia Pacific Writers & Translators at The Arts House, Singapore, on Thursday, 17 July.
We present her remarks pertaining to the recent controversy involving the National Library Board.
You can read the full speech here.
Ms Lim, who came from a single-parent family, is the first recipient of the Singapore Literature Prize in 1992 for her novel, Fistful of Colours. She was also awarded a Fulbright Foundation award to study at the International Writer’s Programme, University of Iowa in 1996. She became the University of Iowa’s International writer-in-residence in the spring of 2000.
She was Moniack Mhor’s writer-in-residence, Scotland, in 2005, and has returned to the UK several times as an Arvon Tutor to conduct writing workshops and read at the Edinburgh Book Festival. A Visiting Fellow in Creative Writing, Nanyang Technological University, Singapore in 2011, Suchen has also held writing residencies in the Philippines, Myanmar, South Korea, Australia, and the United Kingdom. (Source)
Ms Lim has written several short stories, children’s stories, students’ textbooks and a play. She was formerly involved in curriculum development at the Ministry of Education, and also taught at Catholic Junior College.
Extracts from her keynote speech:

I’d spent part of my childhood growing up in a single parent family. I have friends in their sixties and seventies: these hardworking, responsible & decent people grew up in families that do not fit into the mould of “one man, one woman and their children.” One friend was brought up by 2 amahs, two Chinese domestic servants, who had lived together as lifelong partners.
Families do not come in only one shape and one size, and that is true today as it was true for those of my pioneer generation and my mother’s generation. It saddens me that certain groups continue to impose a one‐size‐fits‐all model on my country’s people and their families.
My friends & fellow writers, let’s be “pro‐family”.
Please stand and join me in sending good energy & best wishes to all the children in Singapore whose families DO NOT fit into the official mould of “one man, one woman and their children”.
To these children, we say, whatever its shape and size, your family is a family.
You belong to the humanity of families. May you be loved! May you be treasured!
((Please add any other good wishes for these children and their families. Please say
them out loudly.))
Fellow writers, let’s join hands, smile and send hope & good wishes to all children whose families do not fit the mould of one man one woman and their children. May they have the grace to grow strong / and stand tall above the prejudice/ that swirl around them in Singapore.
May they be able to read books that help them to understand and accept that families, like people, come in all shapes, colours and sizes. Not all parents are rich enough to buy such books. The National Library, a publicly funded institution should provide books for every citizen regardless of the families they are from, and should provide a range of materials and books for parents to choose for their children.
Thank you. Let’s sit down.
[—–SNIP—–]
When the National Library Board announced that it would pulp the books removed from its shelves, I was so dismayed, so disappointed and so deeply hurt for many reasons. I was hurt:
1) for the thousands of children who come from families that do not fit the one man‐ one‐woman‐n‐their‐children model. In removing & pulping those books on various family structures, the National Library Board is telling these children that they & their families don’t count. In removing these books, NLB is reducing such children and their families into invisibility.
2) I was angry beyond words by NLB’s decision to pulp those books. What a fine example that NLB is giving to the older children who can read newspapers! It is as if the NLB is saying if you do not like a book, if you judge a book to be offensive or contrary to your beliefs, destroy it. Pulp it! Was that what the National Library Board wanted the children of Singapore & the public to learn??
The 3rd, 4th & 5th reasons for my disappointment are eloquently spelt out by Librarian Han Ming Guang in his letter to the TODAY (16/7/2014) I quote:
“While one can debate the merits & the mistakes when NLB chose to remove the books, the choice to pulp these books, which people have offered to take, is unforgivable. Firstly that decision is an act of symbolic violence against knowledge. The action tramples on the sacred idea of striving to create knowledge to benefit society. To pulp books is to belittle the idea of sharing knowledge. Secondly, the NLB is the legal repository of all locally published magazines, books and journals. It has the moral obligation to preserve & share these publications… The decision to pulp the books, which are not banned, goes against everything NLB stands for as a legal depository.”
This is what Assistant Director for Public Library Services told the press (MYPAPER
11.7.2014) I quote:
“We have withdrawn the titles, there’s no putting them back. Basically, they’re pulped and no longer in existence.”
This callous statement shocked me. I’m deeply ashamed. No publicly funded institution like the National Library Board should destroy a book or concept as important as family before discussion. As the national repository of knowledge, discussion and dialogue before destruction should be one of NLB’s guiding principles.