The following was first published on We Believe In Second Chances.

My name is Kirsten Han, and I am one of the co-founders of We Believe In Second Chances. I was very encouraged to see my fellow campaigner Priscilla present at The Online Citizen’s Face 2 Face 2, to be able to speak with all of you on the death penalty. I would like to take this opportunity to thank you for sharing your opinions on this issue.

For the first time in 18 years, Singaporeans will be able to vote for their Elected President. Many of us hope for an independent President who will be able to represent Singaporeans. But for another group of people (both Singaporean and non-Singaporean), this election takes on a darker significance – for them, the people of Singapore will be electing the man who will very possibly be signing their death warrants.

To Mr Tan Kin Lian and Mr Tan Jee Say, we at Second Chances are very heartened to hear about your concerns with the President’s powers (or lack thereof) in the granting of clemency.

To Dr Tony Tan and Dr Tan Cheng Bock, we hope to be able to engage with you and draw you into a deeper discussion to see the our concerns, shared by a number of other Singaporeans.

At present, Second Chances is trying to raise awareness of and campaign for three death row inmates: Yong Vui Kong, Cheong Chun Yin and Roslan bin Bakar. All three have exhausted all legal avenues, and are at the clemency stage. Their petitions have been submitted; all that is left is for the response to be given.

As a presidential candidate, there is a very real possibility that you might be the one to be giving this response, telling these three men whether they can live or die.

Yong Vui Kong is 23 years old this year. He had been arrested at the age of 19 in possession of 42.27g of heroin. Unlike Ahmad Zahir Ismail, a gang member who was spared from jail and caning earlier this month, Vui Kong was sentenced to death under the Mandatory Death Penalty.

Vui Kong is now repentant, and has spent the past 4 years studying, meditating (he is now a devout Buddhist) and trying his best to atone for his mistakes within prison walls. He is not asking for acquittal and release. He is only asking to be allowed to live, so that he may continue in his self-improvement and meditation.

Cheong Chun Yin was charged with trafficking in over 2kg of heroin. However, he maintains to his day that he had been under the impression that he was only smuggling gold bars for a friend from the pasar malam where he worked. He also cooperated fully with the investigating officers, giving them details and even the phone numbers of the man who had arranged the whole job for him.

However, the investigating officers made no attempt to trace this man. The trial judge also ruled that it was “immaterial” that the officers did not make “adequate efforts” to do so. 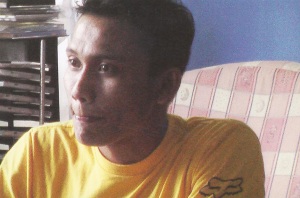 Like Chun Yin, Roslan bin Bakar also continues to insist upon his innocence even though he is at the last stage of the process. Besides the testimonies of others, there was no concrete evidence proving that Roslan had been at the scene. Roslan also provided an alibi. His mother and step-brother testified in support, but the judge did not believe them.

For Vui Kong, Chun Yin and Roslan, this presidential election is more than just who is the most independent, or who is endorsed by this or that group. This is their very lives at stake.

Dr Tan Cheng Bock, you said at the forum that you would have to “take into account whether if we do away with the death penalty… all those people, all the murderers, all the drug addicts… I don’t know whether clemency for these people is really justified or not because I got to think of the general population.”

As a viewer, the point you made appears to imply that you are considering the issue from a “death or acquittal” standpoint, which is a misconception held by many. However, none of the anti-death penalty campaigners have asked for an inmate to be fully acquitted (unless evidence has proven that he/she is innocent).

In fact, even if he could grant clemency on his own, the President can only commute the death sentence to life imprisonment, and cannot acquit the inmate. Therefore, convicts would still be separated from the general population by life imprisonment. Would this still be harmful to the general population? Must there be death before Singapore can be safe?

Conversely, there is no concrete evidence to show that the death penalty acts as an effective deterrent against crimes like drug trafficking. Second Chances believes that it is important to back up arguments for the death penalty with real research and statistics. This is why we are calling for a moratorium so that a study can be done.

To Dr Tony Tan, as a viewer I must confess that I still find your views upon the issue of the death penalty and the President’s powers in granting clemency to be unclear. Although I agree that we must respect Parliament, I would still be most interested to hear your personal opinion on this issue. I know that the Constitution doesn’t allow you any discretion in clemency proceedings, but I also want to know that my President is a compassionate person who will think twice before agreeing to take away another person’s life.

I thank all four of you for entering this race and giving Singaporeans a choice of President for the first time in 18 years. The death penalty remains as one of the major issues concerning the office of the President, and it is one that Second Chances hopes you will give serious consideration to.