ST GALLEN – On Thursday, Finance Minister Tharman Shanmugaratnam addressed the topic of Post-Crisis Governance to national leaders, business leaders and youths at the St. Gallen Symposium in Switzerland. 24 youths from our Singapore varsities were among the audience, of which 6 were actually Singaporeans. There were other Singaporeans present from overseas universities in UK, Europe and the United States.

Coming fresh from the World Economic Forum at Davos, Tharman outlined the problems that the world is facing in this recession, while providing solutions and highlighting opportunities.

The Key Role of Pragmatism

“Two things are happening in the world today, as a result of the financial crisis…. There is a mood of extreme distrust that is emerging towards liberal markets and towards globalised markets generally…[there is also] a sudden new faith in policy activism. There’s been this dramatic rebalancing because of this crisis, between markets and state”, Tharman said. He added that the increase in state power has been accepted across the political spectrum from left to right, because people fear the alternative that could lead to a cascading of market collapse across more markets than the financial industry.


With this new faith in interventionism, it is thus essential to find pragmatic solutions that allow free markets to work within accepted boundaries, mitigating the build-up of excesses that will always be inherent in a free market system. “We’ve got to avoid polar solutions, and avoid any idea that this is about Washington consensus versus some alternative”, he said. “It’s best that we study empirical regularities… what has happened rather than what beliefs will. Be driven by realities rather than ideologies and try to find pragmatic solutions that can best work, even if imperfectly.

“The whole game of competing beliefs has run its cause. And we’re now in a world where the competing beliefs are relatively sterile debate. What’s more important is to observe the facts, learn from the facts, work out pragmatic solutions, keep adapting and improving them as we go along.”

In line with the symposium’s topic, “Revival of Political and Economic Boundaries”, he ended the speech with a caution that attention should not be distracted from financial supervision at the national level. Even as the world is focused on macro and systemic levels of reform, the solution was simply to do it the old-fashioned way – case by case and even on-site supervision instead of relying on theoretical mathematical models, which, he added, “anyway most of us didn’t understand”.

Tharman had hailed the Singapore education system as a successful facilitator of social mobility in Singapore. One Singaporean asked how egalitarian can the education system be, when it clearly stratifies Malays into the lower classes, taking up a disproportionate space in ITEs while being under-represented within universities. The Minister re-iterated an answer which he previously provided during the Q&A session – one should look at the results to judge the effectiveness of the system to decide if it is elitist or egalitarian.

One Malay Singaporean agreed with Tharman. “Malays in Singapore are overwhelmingly better off than Malays elsewhere,” he said. Tharman stressed that the alternative to the perceived elitist education system in Singapore could only be something worse. Using the examples of the US and UK education system, Tharman said that the façade of egalitarianism leads to lack of public funding of schools, thus the schools from these countries are much more prone to racial and class stratification.

Another question was asked regarding how government control stifles innovation, and how the culture of entrepreneurship is suppressed when it is the government that leads overseas business delegations, and not the private businesses themselves. The Minister answered that MNCs, when investing in a country, take heart in having the support of politicians taking part in the process. Singapore is thus a successful case when the economy is open and conducive for businesses. 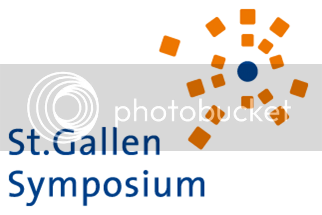 It is up to Singaporeans themselves to be less risk averse to take risks, and to undertake opportunities provided by various state agencies. While lamenting on the lack of drive among Singaporeans, one Chinese delegate said that the atmosphere in Singapore was simply too comfortable – people simply did not want to risk their lifestyles.

A final question was raised on the place of civil society in Singapore as a support structure between the government and the market, given that we are a one-party authoritarian state. The Minister first corrected the label. “We are a one party dominant state,” he said, then proceeded to argue that Asian societies in general have a weak civil society initially, which is why there is a need for stringent regulations such as fines for even keeping the toilets clean. As time goes by, however, the younger generation becomes less risk-averse and it is up to the people to push for civil society.

One Singaporean quipped that even if the state does not play an active role in stifling civil society, there is still the legacy left behind by the early PAP that generates either fear of being non-pro-establishment, or sheer apathy that comes with little hope for change. While OB markers cannot be spelled out to give flexibility for an evolving set of values, an open-ended Public Order Act will not improve the situation for civil society too.

The construction of noise – Singapore de-constructed