More than 80% of men and women agree to have equal say when it comes to home renovations matters, reveals Qanvast survey

When it comes to home renovation, do the husbands fork out more money than the wives? Do men and women really have different preferences?
A recent survey conducted by Qanvast, a home renovation platform that connects homeowners with local design professionals, sought to find out the answers to these questions and more.
The findings of the survey revealed that as much as men and women have similar or differing opinions when it comes to home renovations matters, more than 80% of both genders agreed that they have equal say towards their home renovations.
Conducted in September 2019, the online survey involved 182 homeowners who have recently renovated their homes, amongst which, 36% are men and 64% are women.
Opinion #1: Men and women have different tastes in colour.
False. Although 43% of couples think that their colour preferences differ from their spouses’, Qanvast’s survey finds that over 80% of men and women ranked the exact same colour preferences as their top 3 choices: nudes, muted tones, monochrome. 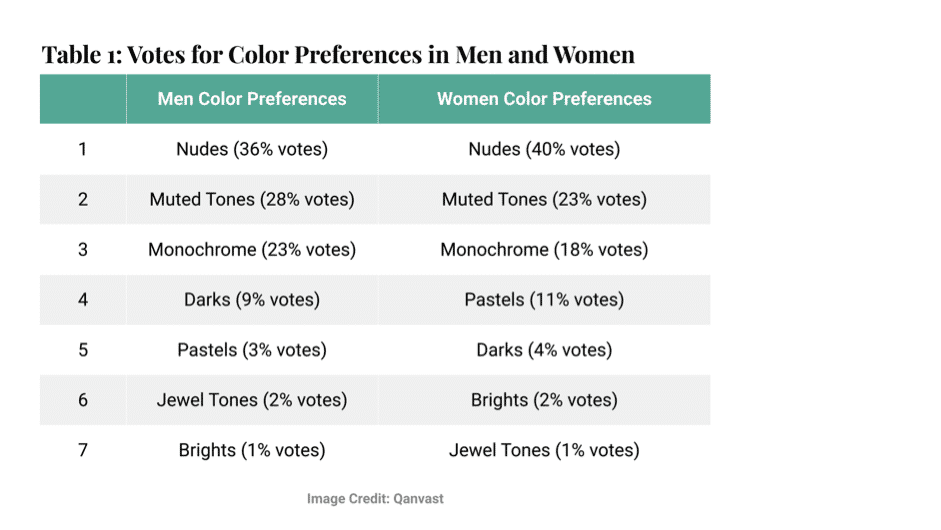 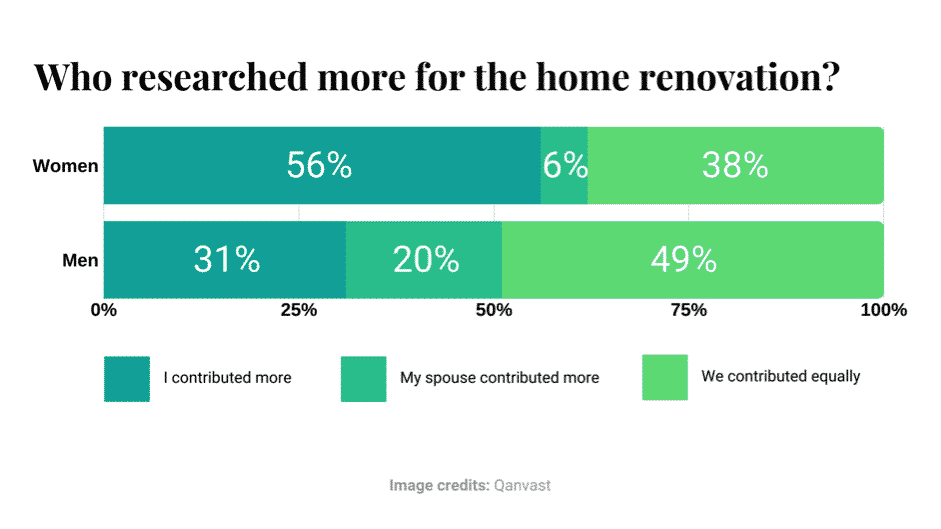 Opinion #3: Women are less involved in budget planning than men.
False. More than half of both men and women believe they contributed just as much to budget planning. In fact, they cited “shared responsibility” as the main reason why both they and their spouses have an equal say in budget planning. 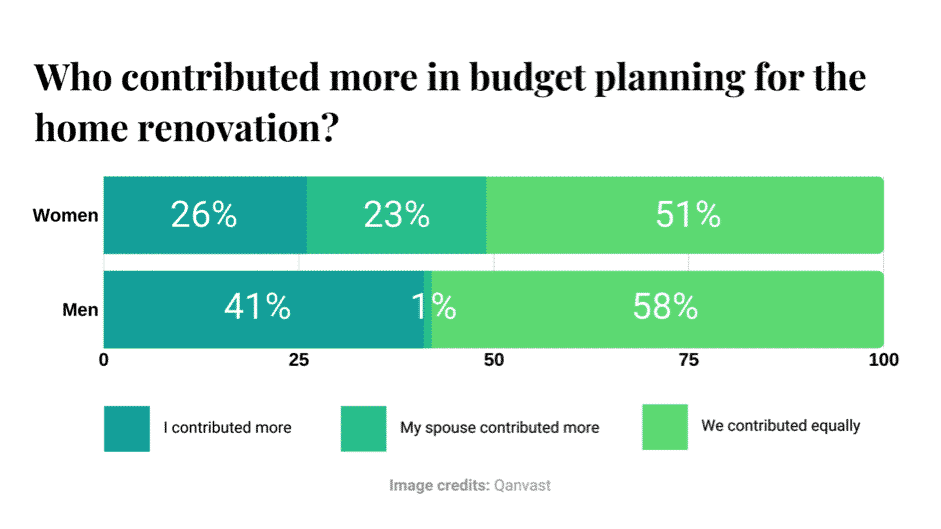 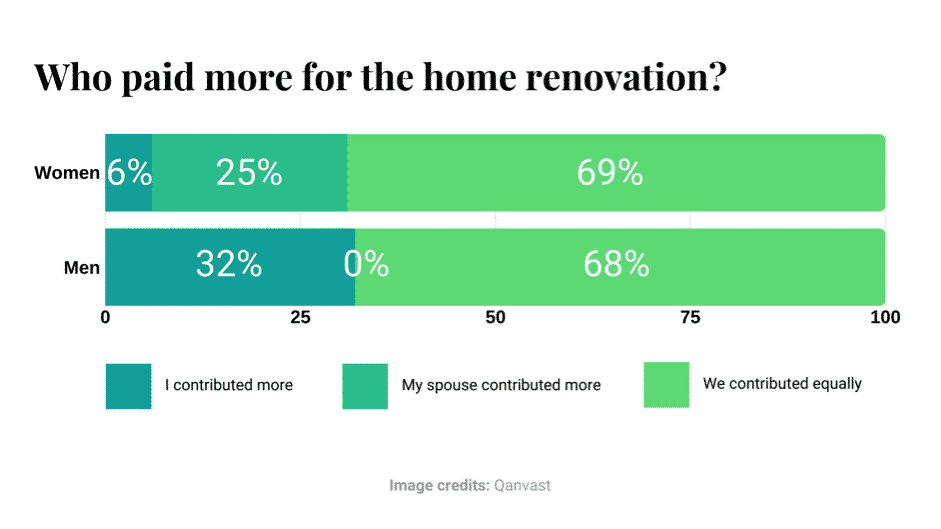 Opinion #5: When it comes to renovation, women are more interested in aesthetics while men tend to care more about the finances.
True. When asked which aspects of the home-renovation process they enjoyed the most, 86% of the women said “furnishing and decorating the home” whereas 59% of the men said “working out the budget”.
Meanwhile, coming up with design ideas is the second most enjoyable aspect for both men (59%) and women (79%). 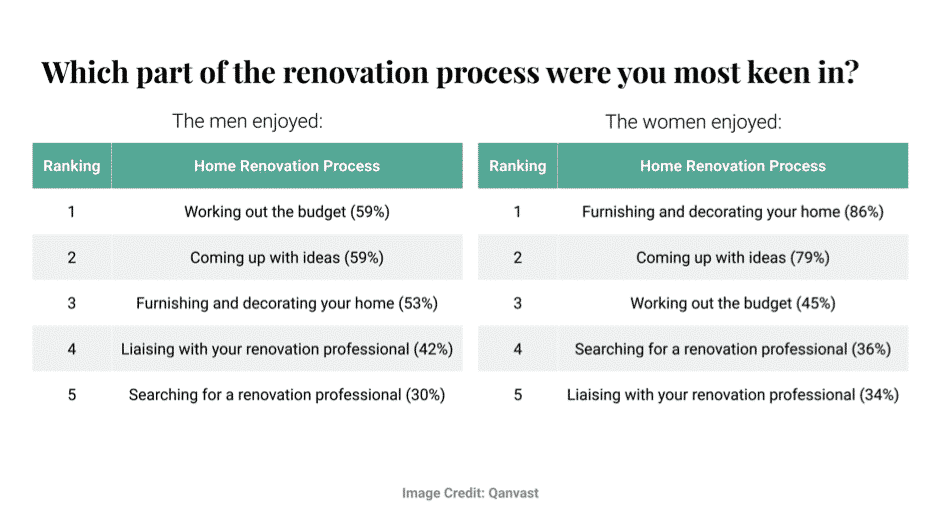