Young beautiful woman using phone to grab taxi in Singapore. Standing beside the road (Photo by structuresxx from Shutterstock.com).

Lyft’s IPO plans reveal more than just the pace of their gross or the magnitude of their losses. There might be an element of game theory here with a message between the lines that signals a hope for profitability for the sector.

Since Lyft publicly released its much anticipated IPO filings on Friday March 1st 2019, many pundits have weighed in on its growth rates, heavy losses and future prospects. However, there are a number of insights hidden between the lines that we can dig from Lyft’s filings.

Here, we dive more deeply beyond Lyft’s financials to delve into the true motivation behind Lyft’s IPO that potential investors should heed, and subsequently lessons for other ridesharing companies like Uber, Didi Chuxing in China and Ola in India.

IPO to Cash Out, Not to Raise Capital to Compete

Typically, companies list their stocks publicly in order to raise more capital to finance their growths. This in turn also creates opportunities for investors, as public companies can use their newly raised funds to execute on projects that can take them to the next level and accelerate their growth.

However, this doesn’t seem to be the true motivation behind Lyft’s IPO. First, Lyft is losing almost a billion dollars every year. In comparison, their financing goal is a mere $100mn, barely enough to make a difference in their growth plan. Even by a more conservative measure of operating cash flow (which was about $280mn in 2018), that extra $100mn of cash won’t be able to make that big of a difference.

What this implies is that the end-goal of this IPO is actually to open a venue for its investors to cash out on their investments. Although most of Lyft’s significant investors will be “locked-up” and won’t be allowed to sell their shares for 180 days after Lyft’s listing, this is a rather standard practice for most IPOs and also rather creates more impetus to pull forward their listing date before their rival Uber raises even more money to compete.

If our reading of Lyft’s IPO is correct, another important implication is that Lyft might be willing to start lowering its driver & rider subsidies to reach profitability, esp if Uber is also willing. The competitive dynamic in the ridesharing industry has been that of a typical prisoner’s dilemma. Ridesharing companies’ primary mode of competition has been subsidizing drivers and riders. Although they could make profit more easily if they both stopped this strategy, the prospect of losing market share if only one of them stops forces them into a bitter knife fight where both are constantly burning money to compete.

In such a scenario, usually the bigger player with more money ends up winning as it is able to outlast its competition. However, Lyft was able to grow rapidly on the back of Uber’s PR disasters in 2017, evidenced clearly by a massive acceleration in its growth rate in Q1-Q2 of 2017. By leveraging this opportunity, Lyft raised $600mn and grew its market share massively while Uber has been busy with its reorganization for the past year. 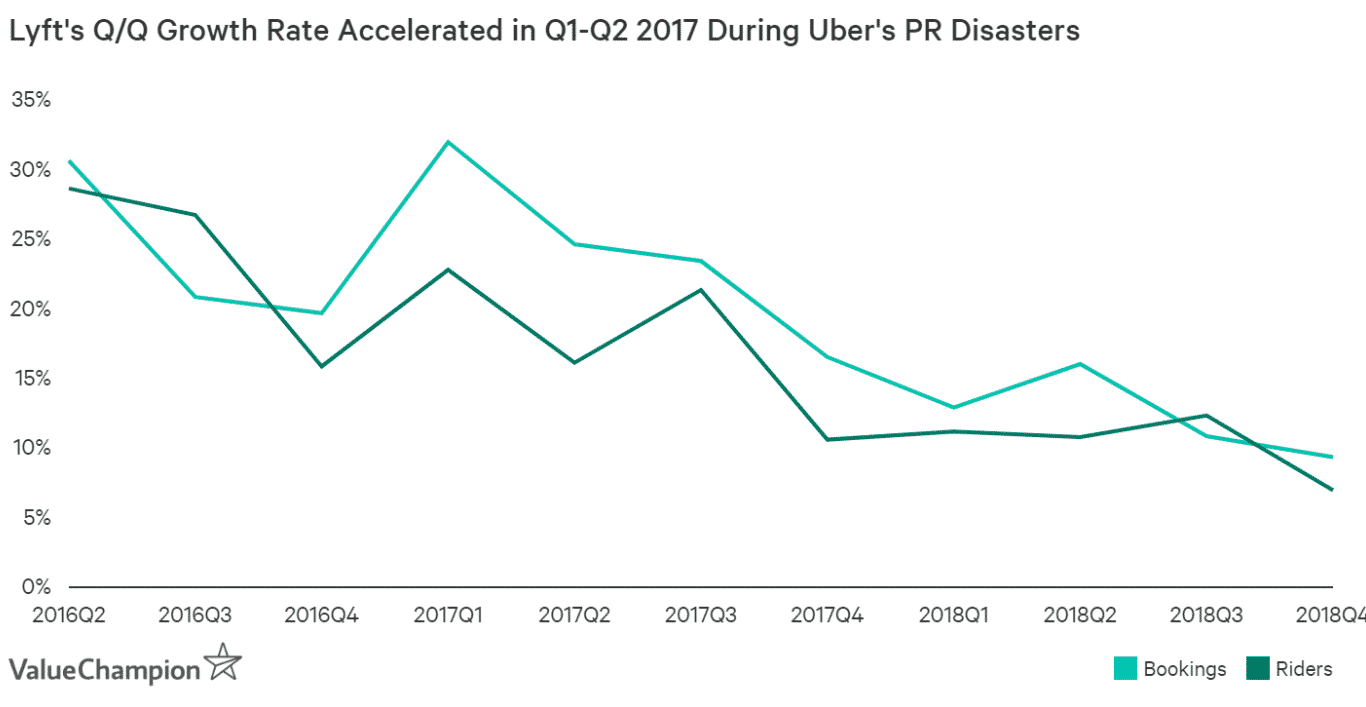 However, now that Lyft’s growth rate is slowing and Uber also has had more than a year of restructuring, Lyft’s small financing goal could be a signal to Uber that Lyft is willing to play ball. Ahead of Uber’s imminent IPO, Lyft is raising a relatively small sum of capital, which means it’s willing to be a consistent #2 player in North America with substantially less resources. In such a situation, Lyft has an outsized incentive to follow Uber if Uber decides to decrease rider & driver subsidies to make a profit.

While a path to profit could a be positive news for both Uber and Lyft, that Uber lost so much market share in the US since 2017 serves as a very good cautionary tale, especially for Didi Chuxing in China which is going through a similar problem currently. Afterall, just how much value did 15% of market share in the US cost Uber? 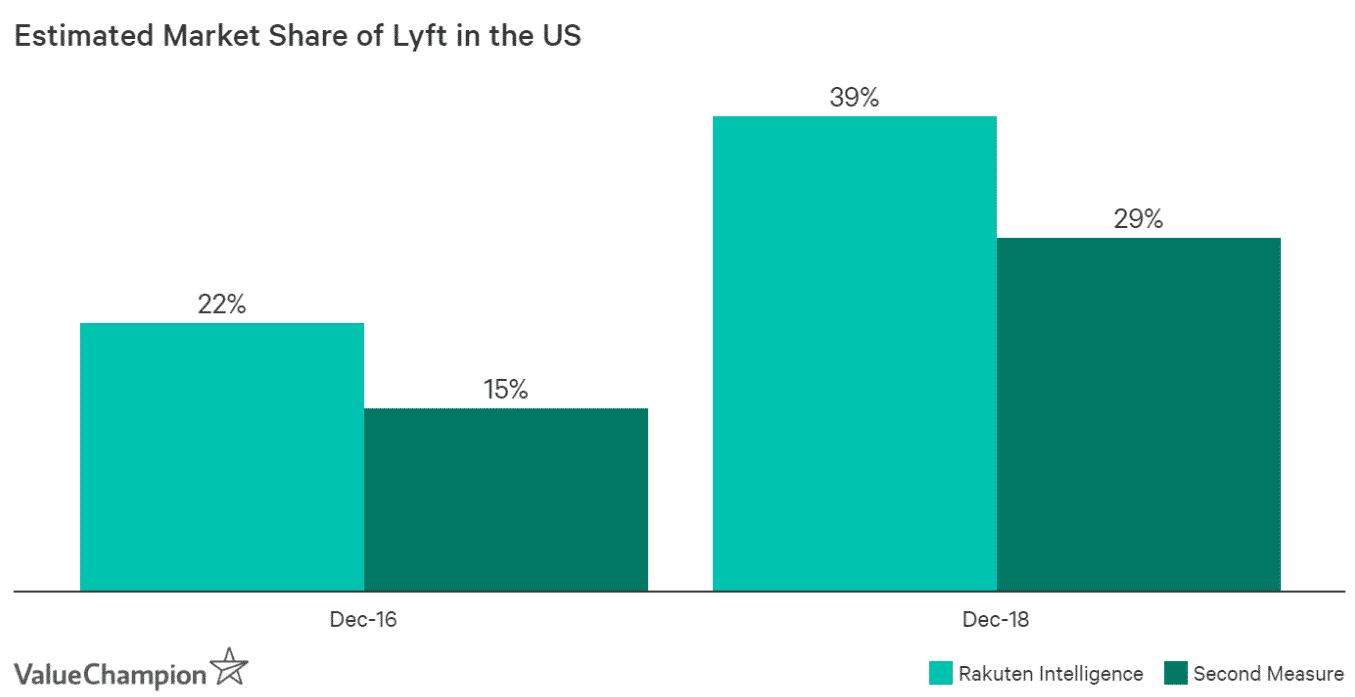 After a series of murders of its passengers in 2018, Didi Chuxing has been facing an uphill battle in China in trying to recover consumer’s trust. At the same time, a competitor called Dida Chuxing has been exploiting this opportunity to grow massively, and has been even outranking Didi in Apple App Store’s download rankings for the past several months. If Dida is able to continue this growth and even raise a massive amount of capital to continue doing so, Didi could face a similar consequence as Uber did in the US. 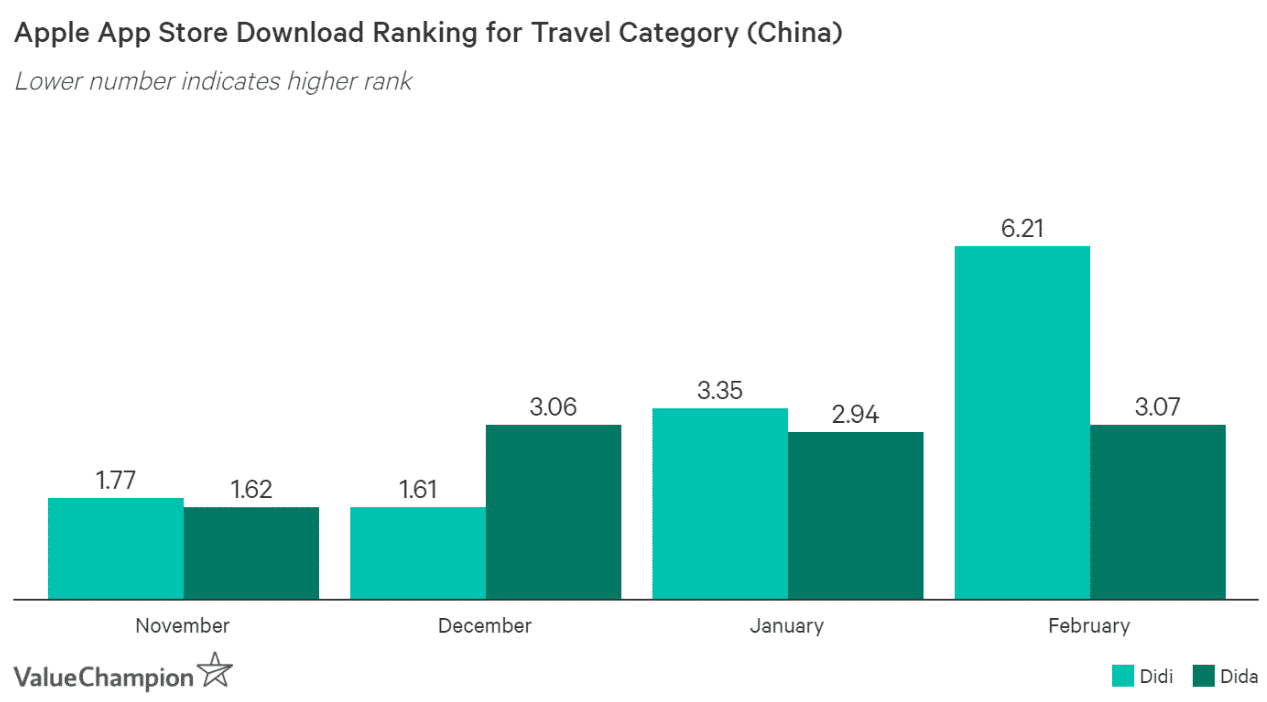 Ola in India: Still Not Out of Water

The ripple effect of Lyft’s IPO could reach India as well. Unlike China or SE Asia, India is the only market that Uber hasn’t yet exited despite having a very strong local rival. As we’ve written previously, Uber is now the undisputed leader in most of its markets except India.

If the competition in the US calms down and Uber finds itself in a much healthier financial situation after its IPO, it could be well positioned to grow more aggressively in India.

Not only that, the latest news that Uber may sell its India UberEats business in exchange for a stake in Swiggy, a local food delivery company, rather than to Ola (or its investee Foodpanda) may suggest that Uber isn’t ready to quit on India just yet, though the possibility still exists. 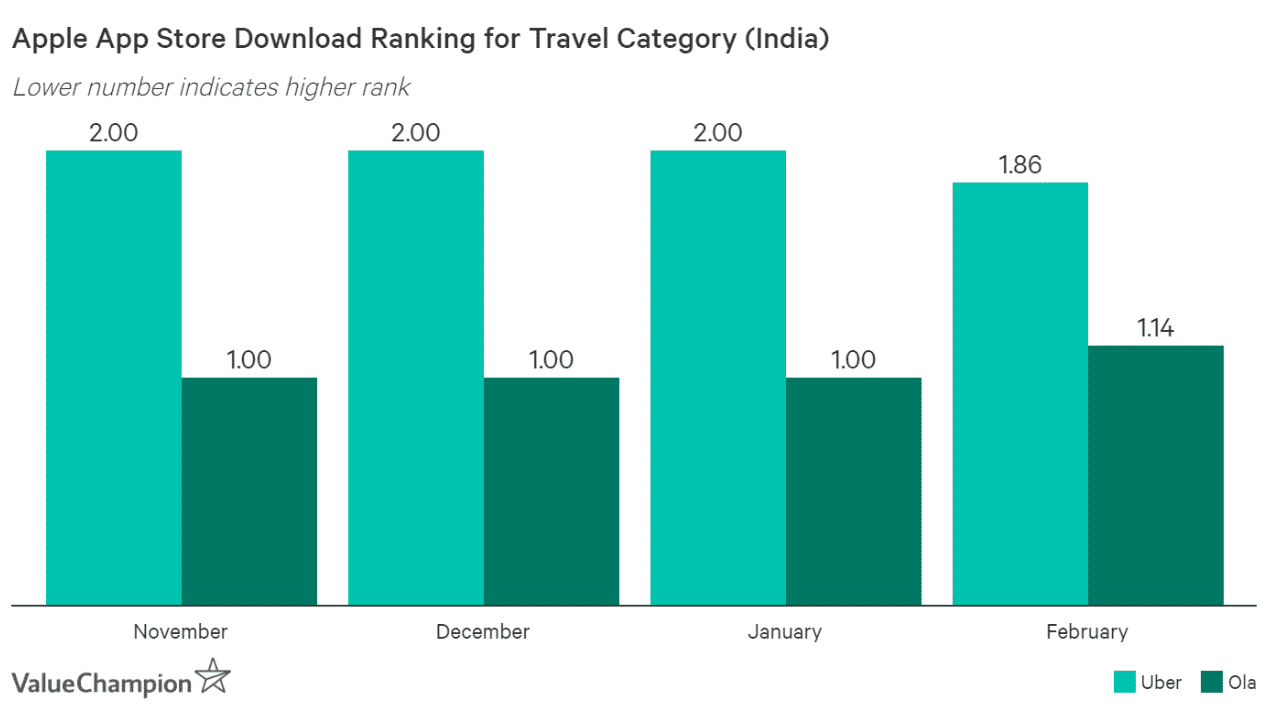