LTA: Suggestions invited for official names of three stations on the Circle Line 6

The Land Transport Authority (LTA) announced on 15 May that members of the public are invited to suggest official names of three stations on the Circle Line 6 (CCL6).
The suggested station names need to fit one of several criteria:

Besides suggesting new names, members of the public can also propose to keep the current working names along with a brief rationale to explain their submission.
The three of Singapore’s new Circle Line MRT stations are currently known as Keppel, Cantonment, Prince Edward. 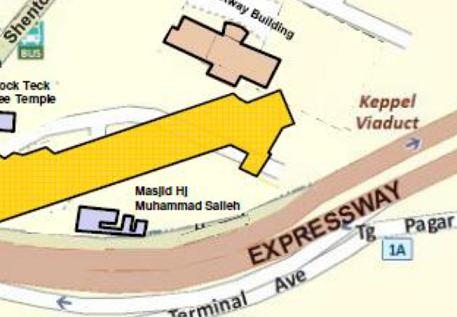 Contributors can send suggestions to LTA website. The closing date to send in suggestions is 18 June 2017.
LTA said, before sending a final list of names for endorsement by the Street and Building Names Board, the names that meet the naming criteria will be collated and shortlisted. A public polling exercise will be conducted later this year to determine the final MRT station names.
This naming exercises were similarly conducted previously for new MRT stations on the Circle Line, Downtown Line and Thomson-East Coast Line to give the public, especially the community living and working around the station, the opportunity to determine this permanent aspect of the station’s identity, the LTA said.
The 4-kilometre CCL6 will have three stations, and will close the loop for the Circle Line (CCL) by connecting HarbourFront station to Marina Bay station. When the three CCL6 stations are completed in 2025, CCL will have a total of 33 stations, including 12 interchange stations with other MRT lines.

Many readers on Today Online Facebook were not impressed with the news, most said this is just a waste of time and money. Below are some of their comments.

彭嘉荣 wrote, “…and after much debating and with public consultations, the committee has decided on the most innovative names for the 3 stations, which shall be Keppel, Cantoment and Prince Edward. Let’s put our hands together for the hard work put in by the committee in the past several months for this meaningful exercise.” Duh.

Marcus Shawn wrote, “End up sure is Keppel, Cantonment and Prince Edward based on past experience. Pointless. Just want to use this to say we have consult the public.”

Jimmy Beany wrote, “Waste time any money to do this PR exercise, might as well use the money to accelerate the opening of DTL3/TEL/Circle line instead of this.”

Lloyd Goh wrote, “After giving them names they will chose the most basic one. Don’t waste time lah….”

Karen Koh wrote, “Just name them as they are. No need to waste time and money.”

And some readers connected the event with so many failures and delays that happened so many times:

However, one reader gave a different opinion:

Inom Chua wrote, “They are just doing due diligence before casting in stone.. because the civil service run by new birds may not know SG historical names. Like the upcoming Great World MRT was initially named Great World ‘City’ MRT.

Why? Cuz new birds only know of the shopping centre called GWC and old birds did not vet new birds’ work. So I emailed and asked them why an MRT is named after a mall rather the historical site called Great World. They then changed to Great World MRT.

I would keep Keppel & Cantonment but lose Prince Edward. Why name after a colonial master? There is a Prince Edward Road already near Tanjung Pagar?”