When the housing market collapses

Didn’t they do the same for subprime mortgage bonds that were once top-rated AAA debts before the US housing bubble burst?

This is just the start. There is a total of $6 trillion US government-backed mortgage bonds waiting to be offloaded to the investors. Trump is keen to market these mortgage bonds to Wall Street investors at dirt cheap prices.

Well, whether this is rock solid or a time bomb, only time will tell.

The big short on loan defaults

We tend to have selective amnesia for painful lessons from bad investment. When the market crashes, everyone feels the pain. We mourn and shed tears. But when everything’s over, it is soon forgotten.

Remember how the 2008 subprime crisis started? 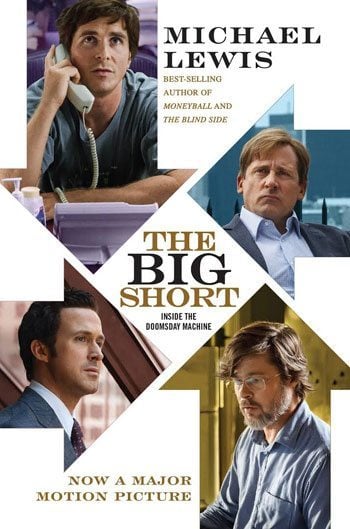 When housing prices kept spiraling, there were less buyers who could afford the deposit, and even less people with well-paid jobs who could pay the mortgage.

To keep the profit machine rolling, non-performing housing debts were packaged into mortgage bonds stamped with triple AAA ratings. With two percent commission for selling these toxic bonds, the big banks made billions and billions of money. More and more risky mortgages were loaded into these worthless bonds. The vicious cycle continued.

The 2015 Big Short movie is based on a true story in Michael Lewis’ book The Big Short: Inside the Doomsday Machine.

A group of Wall Street gurus saw the subprime loans on the brink of default and planned to short the housing market by putting funds into credit default swaps. They are not only betting against the overheated housing market, but the whole US economy and the entire world’s economy.

“I am standing in front of a burning house. And I’m offering you fire insurance on it.”

“The bank got greedy and we can profit off of their stupidity.”

“How can the banks let this happen? It’s fueled by stupidity.”

“But that’s not stupidity, that’s fraud.”

“Tell me the difference between stupid and illegal and I’ll have my wife’s brother arrested.”

Give them the rating they paid for

All the bankers and financial analysts turned a blind eye to the risky loans and sketchy mortgages. And when defaults have gone through the roof, major bond-rating companies still insist on maintaining their AAA ratings on the failing bonds. Because it is ‘not in their interests to have the ratings changed’.

“The ratings agencies, the banks, the government, they’re all asleep at the wheel?”

“Charlie and Jamie had always sort of assumed that there was some grown-up in charge of the financial system whom they had never met; now, they saw there was not.”

“The market might have learned a simple lesson: Don’t make loans to people who can’t repay them. Instead it learned a complicated one: You can keep on making these loans, just don’t keep them on your books. Make the loans, then sell them off to the fixed income departments of big Wall Street investment banks, which will in turn package them into bonds and sell them to investors.”

As John Maynard Kaynes said, “The market can stay irrational longer than you can stay solvent.”

Let the buyers foot the bill

What is the worst thing that can happen after you bought a property? The property market crashes? No, not yet.

In June, Hong Kong’s largest developer Sun Hung Kai offered buyers of a mortgages as high as 120 percent of a home’s value if they are willing to pledge another property that they already own.

In early November, the Hong Kong government raised buyer stamp duties to between 23.5 and 30 percent. Home prices are expected to slump. Buyers who took up Sun Hung Kai’s ‘special offer’ earlier are now risk losing their own home if they default.

Before the subprime crisis, US home buyers were offered piggyback loans with first mortgage, second mortgage and deposit in the ratios of 80:10:10, 80:15:5 or 80:20:0. In the last case, borrowers basically could buy any property without making a single cent of deposit. After the market tanked, many home buyers ended up owing the bank money even after losing their homes.

“A thought crossed his mind: How do you make poor people feel wealthy when wages are stagnant? You give them cheap loans.”

“We’re helping the consumer. Because we’re taking him out of his high interest rate credit card debt and putting him into lower interest rate mortgage debt.”

“With stagnant wages and booming consumption, the cash-strapped American masses had a virtually unlimited demand for loans but an uncertain ability to repay them.”

“Complicated financial stuff was being dreamed up for the sole purpose of lending money to people who could never repay it.”

Someone’s got to pay the price

What is the worst thing that can happen to the property market? Cooling measures? Market oversupply? Price corrections?

The biggest nightmare in any property market is the burst of the housing bubble. Because once that happens, even when government lifts all cooling measure; developers clear units at rock bottom prices; and prices drop to a ridiculous level, there will be no taker.

You can’t end such a big problem with no pain. People need to pay a price for their mistake. When somebody makes a mistake, someone else is going to pay for it.

“Success was individual achievement; failure was a social problem.”

“If we’re right, people lose homes. People lose jobs. People lose retirement savings, people lose pensions. You know what I hate about f*cking banking? It reduces people to numbers — ever 1% unemployment goes up, 40,000 people die, did you know that?”

“I have a feeling, in a few years people are going to be doing what they always do when the economy tanks. They will be blaming immigrants and poor people.”

“When the dust settled from the collapse, 5 trillion dollars in pension money, real estate value, 401K, savings, and bonds had disappeared. 8 million people lost their jobs. 6 million lost their homes. And that was just in the USA.”

For all that has happened, do you think the world has learned anything?

This article was first published at propertysoul