China official PMIs rise to 51.2; US election in focus

Chinese PMI rose to the highest level in two years

Chinese manufacturing PMI data came out at 51.2, higher than market expectations of 50.4, marking the highest reading since July 2014. A favorable reading will probably set a positive tone for Asian opening. This reading indicates the economy has swung back into expansionary territory for a third consecutive month and shows further stabilization of Asia’s largest economy. This will improve market sentiment and provide support to industrial metals.

Markets will embrace a series of high impact economic data from China, Australia, Japan and US on the first trading day in November. At the same time, rising uncertainty surrounding the US presidential election following the FBI’s investigation into candidate Hillary Clinton’s private emails is set to overshadow market sentiment in the days to come.

Asian markets mostly traded lower on Monday, as investors worried about the potential impact of the FBI’s investigation to Clinton’s leading position in the election campaign. If the poll gap narrows, risk premium will start to be priced in and the market may continue to consolidate anticipating a higher chance of Trump’s victory in the election.

Central banks including the BOJ and the RBA will make interest rate decisions today, although market is leaning towards the belief that central banks will most likely hold fire ahead of the US election.

The profit before provision rose 19% to new high of SGD 1.73 billion, and that allows the bank to set aside substantial headroom for its rising sour loans resulting from its exposure in oil & gas industry. Its net profit was little changed from a year ago at SGD 1.07 billion due to a doubling of total allowance. This shows the bank’s profitability remains resilient despite strong headwinds in the oil & gas industry and weaker economic growth.

DBS also announced on Monday that it has agreed to acquire the wealth management and retail banking business of ANZ in Singapore, Hong Kong, China, Taiwan and Indonesia for approximately S$110 million above book value. The acquisition will add S$23 billion in wealth AUM into its books and add a large customer franchise in Indonesia and Taiwan. 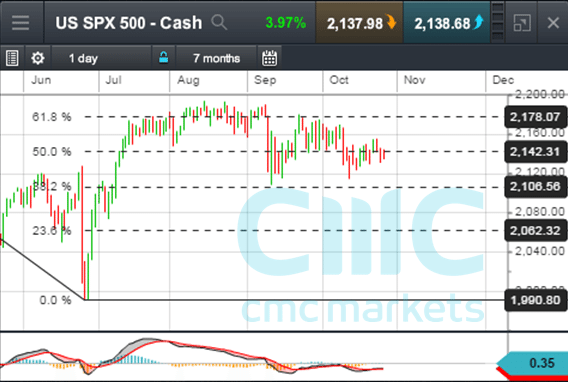