By Basis Of Singaporean Spirit (BOSS)

[Readers Advisory: This article highlights an insensitive act by PAP. By proceeding, you have agreed unconditionally that you understand this fact and that all actions and/or reactions are solely your doings, and you will not hold anyone responsible.]

While watching YouTube, I was being “pushed” this advertisement from PAP! Yes, those paid advertisements for it to be shown to all YouTube viewers!

The promotional video showed an unhappy person, complaining about too many foreigners in Singapore, and the video concluded that the person complained because he was simply too lazy and did not want to do work! This is totally absurd! This is the video, judge for yourself.

PAP had created an official Government YouTube Channel and included the above at this following link.

Despite the recent waves of unhappiness about the population white paper, overcrowding, fake degree, the above is the video response from the PAP. If you believe that they have or will do something about the influx, this is it! You are the problem once again.

If you take a look back in time, you will easily see an obvious trend of how negatively PAP viewed Singaporeans.

In response to the Little India Riot, we have PM Lee saying the following:

Prime Minister Lee Hsien Loong: “We should not make sweeping statements about those rioters, I think it is unfair, unjustifiable, and it is also unjust. This is because their crime-rates, actually, when compared with Singaporeans, is much lower.”

Then we have Yang Yin, the most ‘talented’ foreign talent, posing pictures with PAP people. How in the world could such a person gain so much access to so many PAP members so easily, including PM Lee and Ms Grace Fu? Interestingly, with Dr Intan recommending Yang Yin for Permanent Residency! 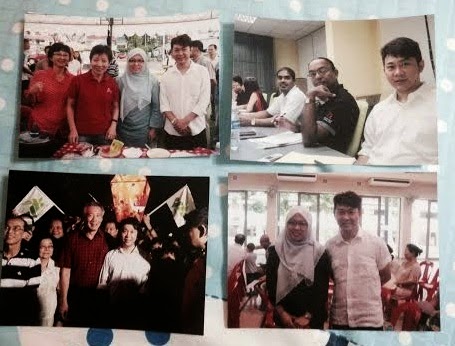 After that, we have PM Lee using “disgrace” on his people, “I was appalled to read about those who harassed the organisers of the Philippine Independence Day celebrations, and spammed their Facebook page. They are a disgrace to Singapore.”, but, on the other hand, kept a low profile on Ello.

Now, we have this promotional video from PAP, trying to tell the World that Singaporeans are lazy and useless. What!?

I have no issue however PM Lee wants to do to himself, including this.

However, please spare the people of Singapore from your foolish parties, don’t make a fool out of us in front of the World.

I can only said that PAP is totally incorrigible. Instead of spending money to fix issues with MRT, DBSS, etc., they insisted on spending it on promotional materials to discredit Singaporeans as a whole.

Amazingly, it is only in Singapore, and only Singaporeans, will allowed their leaders to use their money to run campaigns to showcase and promote to the World how stupid and lazy they are.

Sometimes, I really wonder: is PM Lee really our Singapore Prime Minister or is he actually a Foreign Prime Minister? Whatever happened, he and his team can always turn it around to conclude that the problem is with Singaporeans. This is simply amazing.

This article was first published at Basis Of Singaporean Spirit (BOSS)