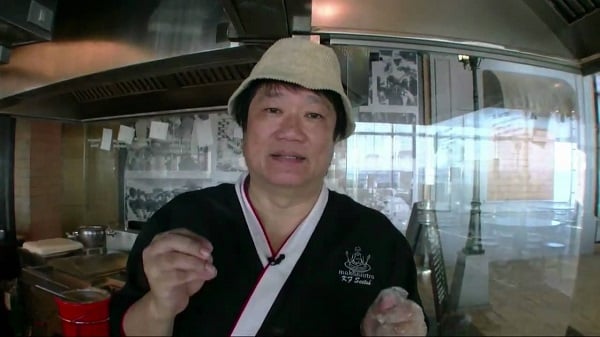 The founder of Makansutra, a company which celebrates and promotes food culture, and food critic, Seetoh KF, has penned a heartwarming thank you note on his Facebook page to Mr Ng, who runs a Cha Kway Teow (fried noodle) stall in Bedok South.
Mr Seetoh posted that Mr Ng, whose stall is called Hill Street Cha Kway Teow, is now bedridden after he had a fall at home. His son, whom Mr Seetoh said regular customers used to criticise his cooking, now handles the stall.
But those regulars are now all back – because Ah Kiat, the son, “has now gotten into that old groove.”
Here is Mr Seetoh’s Facebook note: 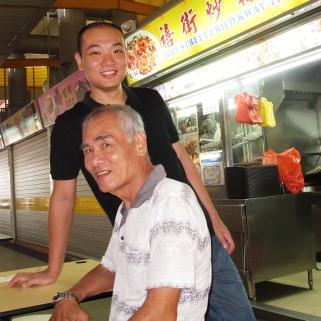 This is about the last decent portrait I took of Mr Ng of Hill Street Cha Kway Teow at Bedok South. He is now bedridden after a fall at home and needs a full time helper to feed and care for him. He can’t even leave his house due to respiratory prbms and has to be fed intravenously.
But, his son Ah Kiat has faithfully taken over helming his stall and all his father’s hard core regulars, who used to criticise the son’s food, are now all back, as Ah Kiat has now gotten into that old groove. Mr Ng , I was told, is not in much physical pain but is immobile due to a nerve disorder.
He held me hand with his left hand (the only movement he can control) and smiled when I visited him last night. Smiled even more when I said Ah Kiat’s CKT is now as good as his.
Thk you Mr Ng, you have given this nation a makan identity and brand. When Bourdain ate at his stall a few years back, he told me “how can smthg so messy taste so good”.