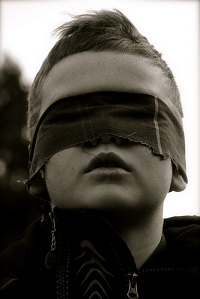 The Minister of Communications and Information (MCI) has opened up a can of worms in his attempt to explain the removal of two children’s books by the National Library Board (NLB) from its shelves.
In his statement, Dr Yaacob Ibrahim said “NLB’s decision was guided by community norms.”
“Public libraries serve the community and it is right that they give consideration to community norms,” he said.
Dr Yaacob then explained what the “community norms” in this particular case related to – the stuff that we teach our children. It is important to note that he referred specifically to only children.
“The prevailing norms,” he said, “which the overwhelming majority of Singaporeans accept, support teaching children about conventional families, but not about alternative, non-traditional families, which is what the books in question are about.”
“This approach is shared between all public agencies dealing with the education and care of young Singaporeans.”
Dr Yaacob made several assertions or claims in those remarks.
For a start he claims there is “an overwhelming majority of Singaporeans” who want children to be taught about “conventional families” which, it is assumed, means one made up of a male father and a female mother.
Implicit in his statement is a claim that “an overwhelming majority of Singaporeans” want children to be taught ONLY about conventional families.
But Dr Yaacob does not substantiate or provide his basis for making the claims – first, that there is “an overwhelming majority of Singaporeans” who prefer children to be taught only about “conventional families”, and second, that this supposed “majority of Singaporeans” do not want their children learning about “alternative, non-traditional families.”
It is one thing to claim that a “majority” does not want their children to be taught or to read about non-traditional families; it is quite another to claim that they also do not want their young ones to learn about the “non-traditional” ones.
This sort of claims is especially problematic when Dr Yaacob himself does not provide any proof or substantiation to them.
Be that as it may, what is disconcerting is that while the NLB had defended its decision on the basis of being “pro-family”, Dr Yaacob has expanded the defence to include one of reflecting social norms, which is a wider area than just being “pro-family”.
“NLB’s approach is to reflect existing social norms, and not to challenge or seek to change them,” he said.
Norms are rules of behaviour, essentially.
According to one website,

“Social norms are the behaviors and cues within a society or group. This sociological term has been defined as ‘the rules that a group uses for appropriate and inappropriate values, beliefs, attitudes and behaviors. These rules may be explicit or implicit. Failure to follow the rules can result in severe punishments, including exclusion from the group.’ They have also been described as the ‘customary rules of behavior that coordinate our interactions with others’.”

You can thus see that Dr Yaacob has enlarged what public institutions such as the NLB have to “reflect”.
Yet, Dr Yaacob says, “Societies are never static, and will change over time.”
But that change does not come about without any discussions or debates on issues.
The NLB’s unilateral decision to remove books – and pulp them – because of complaints from some on the basis that these books are not “pro-family” or do not “reflect social norms”, and for the NLB to insist that such decisions are final and irreversible, is a clear sign that the onus is to protect and maintain the status quo.
That is, to resist the very change of which Dr Yaacob said society goes through.
One would have thought that being a public institution dedicated to the dissemination of information and being a depository of the same, the NLB would in fact recognise and reflect and facilitate the debate and discussion of issues which society grapple with – instead of shutting down conclusively such engagement – so that new understandings and new perspectives, even and perhaps especially among our young, will occur.
Ironically, constructive dialogue over contentious issues was what Dr Yaacob himself had advocated only recently.
In November, he explained what the prime minister had said to him on the hijab issue, where some Muslims Singaporeans were calling for the hijab to be allowed to be worn by Muslim women at work.
“[The prime minister] also explained why we must manage and balance the diverse needs of our multi-racial and multi-religious society,” Dr Yaacob said then.
“Hence the need for accommodation and compromise by all parties.”
He added that “we must all continually work towards better mutual understanding of these diverse needs” and that “constructive dialogue is the best way forward.”
“This is the Singapore way,” Dr Yaacob said, “and has served everyone well over the years.”
And just last month, speaking on the controversy over the Pink Dot event which some Muslim and Christian groups had opposed, Dr Yaacob urged Singaporeans to  “find the big-heartedness that we have, to accommodate differences that exist in any society.”
“That is the approach that we should have taken and I think that is the approach that MUIS has adopted and that’s the approach that I’d like to encourage all — not just Muslims — in Singapore to deal with differences.”
MUIS is the Islamic Religious Council of Singapore.
Why then, one would ask, did not Dr Yaacob advocate the same “constructive dialogue” and “big-heartedness” to “accommodate differences that exist” when it came to the two children’s books?
Why leave no room for “the Singapore way” of “constructive dialogue” which “has served everyone well over the years”?
In 2005, speaking to more than 1,000 media students at Ngee Ann Polytechnic, then Education Minister Tharman Shanmugaratnam said:

“One does not develop a conviction and commitment to a society without first questioning and pushing the boundaries.”

He was reported to have said he “welcomes restlessness in young people as it feeds idealism and helps society move forward.”
One might argue that this “restlessness” would also include a sense of “uneasiness” over certain issues.
And then Mr Tharman made an important point – he “warned that social and political apathy among the young posed long-term risks to community cohesion.”
While we would indeed want to protect our younger ones from the evils of the world, exposing them to the reality and existence of homosexuality and homosexuals through literary materials and others, will help them understand the issue – and their fellow human beings – better.
To censor, hide away, burn or pulp materials about things which are not our “social norms” send a very disturbing message – that those who or which are different from the majority can be and in fact ought to be obliterated, sometimes literally even.
It is a very dangerous mindset to instill in our young.
Indeed, Mr Tharman is right – such social and political apathy and lack of empathy, nurtured by a culture of censorship, pose long-term risks to community cohesion.
It thus the height of irony that it is an institution of education that is propagating this among our young, by its abhorrent action towards two children’s books.
And how are our young supposed to know or learn about and understand and co-exist peacefully with those who are different from them if we, effectively, blindfold their eyes and close their minds to these?
How would that be “pro-family” or encourage community bonding and understanding?
How do you feel about this issue? Vote here on Public Opinion: “Let our children be exposed to diversity.”