9 reasons why opposition is not needed in Parliament Member of Parliament Hri Kumar last week defended the performance of his colleagues from the PAP in Parliament. He said that while there were some who questioned if it is good to have a House dominated by MPs from one party, “you still have PAP MPs giving different views in Parliament.”
Singaporeans’ desire for more diverse voices in Parliament goes all the way back to the 1980s. In reaction to this, the ruling People’s Action Party (PAP) has introduced various schemes – such as the Nominated MP (NMP) scheme and the Non-constituency MP (NCMP) scheme.
It even prompted then Prime Minister, Goh Chok Tong, to make the following suggestion in 2001:

“I would want to form an alternative policies group in Parliament, comprising 20 PAP MPs. These 20 PAP MPs will be free to vote in accordance with what they think of a particular policy. In other words, the whip for them will be lifted. This is not playing politics, this is something which I think is worthwhile doing.”

However, a year later, he himself made a u-turn on the idea.
Still, Singaporeans yearned for more opposition MPs, and this culminated in the 2011 general elections where the opposition Workers’ Party (WP) finally created history by winning the first GRC for the opposition, and two more Single-Member Constituency wards to go along with it.
There are now 7 elected opposition MPs in Parliament, all from the WP, out of a total of 87 MPs.
While acknowledging the people’s desire for more diverse parliamentary voices and views, the PAP however continued to dismiss the calls for more opposition MPs to be voted in, and disabused any encouragement for this reality.
Here are 9 reasons the PAP has given since 2006 on why there is no need for a parliamentary political opposition.
What do you think of these reasons?

Government will be distracted.

Lee Hsien Loong, May 2006:
“Right now we have Low Thia Khiang, Chiam See Tong, Steve Chia. We can deal with them. Suppose you had 10, 15, 20 opposition members in Parliament. Instead of spending my time thinking what is the right policy for Singapore, I’m going to spend all my time thinking what’s the right way to fix them, to buy my supporters votes, how can I solve this week’s problem and forget about next year’s challenges.”

Lee Kuan Yew, April 2007:
“You get that alternative and you’ll never put Singapore together again: Humpty Dumpty cannot be put together again… Your apartment will be worth a fraction of what it is. Your jobs will be in peril, your security will be at risk, and our women will become maids in other people’s countries.”

Dictionary definition of “democracy” says no need for opposition.

Xu Kaixian, People’s Action Party member, August 2009:
“Going by a dictionary definition, democracy is a system in which the governing power is vested in the people, who exercise this power directly or indirectly through a system of representation usually involving periodically held elections. As such, democracy need not involve the presence of an opposition.”

We do not have enough talent.

Lee Hsien Loong, April 2011:
“But the most important reason, why a two party system is not workable is because we do not have enough talent in Singapore to form two A-teams, to form two really first class teams to govern Singapore really well.”
“If we split it into two teams, then whichever one is in charge, the government is going to be weaker, and the chances of something going wrong will go up.  Even if things do not go wrong, standards will go down.”

We already have Non-constituency MPs.

Lee Hsien Loong, May 2011:
“I don’t understand why you don’t think NCMPs are not real. They campaigned and were voted in; they can debate any issue and introduce Bills. The only thing they can’t do is vote on Constitutional amendments, money bills and confidence votes. They can participate in 95 per cent of parliamentary debates.”
“We’re going to have at least nine Opposition MPs in the next Parliament, up from the current three. A very substantial increase. We welcome that. In fact, we caused it to happen because we think it’s good for the party, for democracy in Singapore and good for the PAP.”

Lee Hsien Loong, August 2011:
“We are too small to be able to afford impasse and gridlock, to have two sides blocking one another so you can’t move, you can’t solve problems, you can’t go ahead.” 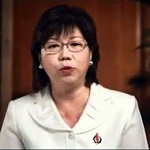 Singaporeans – and bloggers – are the real checks on PAP.

Naive to think we will have stable two-party system.

Lee Hsien Loong, April 2014:
“To think that instead of PAP dominance we will have a stable two-party system is naive.” 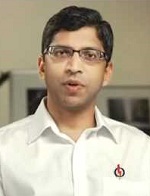 Hri Kumar, April 2014:
“And if you attend Parliament, you’ll see that it is not as you will understand in concept. That PAP has one idea, and the opposition has another idea which is a different idea. Doesn’t work like that in real life. Doesn’t work like that in real life.”
“Many people come to me and say, oh but the PAP you know you have the Whip, and so all of you must vote the same way. That’s true. That’s the system we inherited, for party discipline. But nonetheless, you still have PAP MPs giving different views in Parliament.”

by The Online Citizen
57