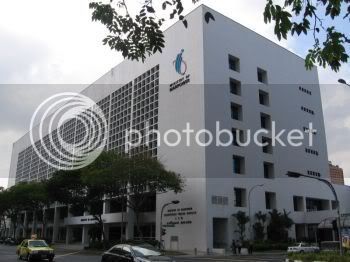 I refer to the Ministry of Manpower’s (MOM) “Labour Report, Second Quarter, 2007: The strong labour market performance last year has continued into the first half of this year”, dated 14 September, 2007 (pdf file)

“Unemployment – With the robust employment gains, the seasonally adjusted overall unemployment rate declined significantly to 2.3% in Jun 07 from 2.9% in Mar 07.

The resident unemployment rate also fell to 3.1% from 4.0% over the same period…

On a non-seasonally adjusted basis, the overall and resident unemployment rates improved to a six-year low (for June periods) of 2.9% and 4.0% in Jun 07, down from 3.4% and 4.5% respectively a year ago.

However, in the MOM’s earlier report, “EMPLOYMENT SITUATION IN SECOND QUARTER 2007: Continued record employment growth with sharp fall in unemployment”, dated 31 July 2007, it stated that:

Among the resident labour force, the non-adjusted unemployment rate was 4.2%, also higher than 3.4% in March 2007 but lower than 4.5% in the same period a year ago.

The difference between the above two reports is that the latest report does not mention the resident (Singaporean and Permanent Resident) non-adjusted unemployment rate comparison for June and March 2007 – Now, only the “respectively a year ago” data is compared.

Thus, anyone who does not read the earlier report, may not realise that the resident non-adjusted unemployment rate had increased for the same period, from March 2007 to June 2007.

Is it the norm for a report released six weeks later from the first one (31 July to 14 September) to omit the resident non-adjusted unemployment data for the same period, for purposes of comparison?

By the way, the later report is 50 pages versus six pages for the earlier report.

So, the much longer report, which is supposed to be more detailed, for the same period, omits the above resident non-adjusted unemployment data.

Why is this so?

Leveling the playing field for residents and non-residents